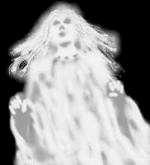 Ghost Hunting can be very fun and yet at times, it can be one of the most terrifying things you will probably ever do in your life.

The following are just a few of the things folks have encountered during ghost hunting or paranormal investigations:

1. Smells: These smells can seem to come from nowhere, and develop instantly and disappear just as fast. The smells are often putrid like rotted meat, or like fresh bowel movements, and are very overpowering at times.

2. Apparitions: Some spirits appear as barely visible forms, while some become as solid and normal looking as a living person.

3. Clouds – Mists – Masses: Often fleeting shadows, things seen out of the corners of the eyes are encountered. Or a rolling black mass may appear, sometimes a wispy form like smoke is seen.

4. Disembodied voices: These are often heard and at times they can be very scary. Imagine being in a darkened room, and having something invisible whisper or even shout in your ear. These are not EVP’s, but normal sounding speech.

5. Physical Sensations – Some ghost hunters have been touched, pinched, slapped, had their hair pulled, been scratched or even bitten by invisible entities.

6. Rappings – Scratching – and Knockings: In walls, ceilings, and floors. strange sounds and noises are often heard in haunted locations, as well as hearing what sounds like objects being dropped, or moved in nearby rooms.

7. Cold spots: Sometimes just before a spirit manifests they draw energy from the surroundings. Often a spot in one area of a room will suddenly become very cold. For example, the temperature throughout a room may average 75 degrees but in one corner or area, the temperature will suddenly plummet to 50 degrees or even colder. This is a sure sign of a spirits presence or a soon manifestation.

8. Power drains and equipment malfunctions: Like cold spots, when a spirit is drawing energy needed to become solid or more visible, they will often draw-in nearby energy, this energy can also come from batteries in video cameras and other devices. Often cameras, tape recorders, even lights will suddenly go haywire or stop working altogether when a spirit is present.

Almost everyone that does ghost hunting believes that there are two types of spirits, human and inhuman, the latter are also called demons. I am a born-again Christian and believe the bible 100%. From my beliefs in the bible as factual. I believe there is only one type of spirit involved in any haunting, and these are in-human or demons.

According to the Bible, when we are dead our spirits or souls are present with God, from there we are either granted a life of love and peace in heaven with the creator and the other believers, or we are cast into hell forever, with no chance of escape. The bible also says there is a huge chasm or void that separates the living from the dead, they cannot cross over or communicate with each other. There are other statements in the bible that clearly says that ghosts cannot be the spirits or souls of people who have died.

Whether the creatures involved in a haunting are spirits of dead humans or whether they are demons, if one is trying to prove that they truly exist or if you are trying to disprove a haunting, then you must do paranormal investigations as a professional.

1. Voice Recorder: It doesn’t matter if you use a standard tape recorder or one of the new digital recorders, what does matter is the quality and the ability to use an external microphone. Try to get one that is of good quality, but make sure you get one that has a plug-in microphone with a cable or cord so the end of the microphone is away from the recorder. The small all-in-one recorders that have the built-in microphones, pick up a lot of the hiss and gear noises of the recorders when they are in record mode. A recorder is a necessity for recording EVP’s. EVP’s also called (electronic voice phenomena) are a very unique and sometimes frightening thing that is often encountered in a haunted area. What an EVP is, is a voice or other communication that is heard on a tape or digital recorder during playback, that was not heard when the recorder was recording.

2. Film Camera: Do NOT use a digital camera because the photo will always be questioned as being fake, no matter how good it is, where if you use a film camera, you at least have the negatives as some proof. And unless you buy a high megapixel digital camera, the photo quality will be less than a nice cheap 35mm film camera.

3. Camcorder: A camera is good, but a camcorder is even better. Get one that uses a tape, either the small cassettes or one of the older models that use the full-sized VHS tapes. I bought two of these older camcorders for under $75 each recently.

4. Thermal Imaging scopes or goggles: These capture the upper portion of the infrared light spectrum, which is emitted as heat by objects instead of simply reflected as light. Hotter objects, such as warm bodies, emit more of this light than cooler objects like trees or buildings. Often spirits that manifest have a temperature in their form that stands out in this spectrum, especially if a spirit is present in a cold location.

5. Night Vision scopes or goggles: These little devices have become very cheap, a nice night vision scope can now be purchased easily for under $200. They work by collecting the tiny amounts of light, including the lower portion of the infrared light spectrum, that are present but may be imperceptible to our eyes, and amplifying it to the point that we can easily observe the image.

6. Flashlight: Take along two small pocket ones for each team member. What can be worse than exploring a dark cellar or underground area, and having the lights or another flashlight fail.

7. Walkie Talkies: If you have a group of team members, and you are investigating a large location, walkie-talkies are not just a good thing to have, but they can be a lifesaver at times.

8. Notebook and pencils: Often any electronic, electrical or other devices may fail in a haunted location, so it’s very wise to carry along a small notebook and some pencils in case you need to keep some valuable notes.

9. Thermal Scanner: A handheld thermal scanner (thermometer) uses infrared technology to measure the surface temperature of material without touching it. You simply point at your target, pull the trigger and read the temperature on the lit LCD display.

One of the best tools I recommend, is also the cheapest, under $10 U.S. It is a computer software program that is made just for Ghost Hunting and Paranormal Investigations. It’s called ‘Ghost Hunter’. The software is for anyone who explores haunted houses or locations where any type of paranormal activity is occurring. Whether you are trying to gather evidence of the haunting or other proof, this software can help make the job more organized and easier.

Ghost Hunter software was made as a scientific tool, for paranormal researchers that believe in spirits, demons, or ghosts. Researchers can easily keep track of vital data gathered at the haunted locations. With this software you can know at a glance such vital information as; the date and times of the activity, location info, GPS data, telephone numbers, notes, sounds heard, odors detected, temperature anomalies, and more.

For more information and the ability to download and try a free demo version of the ‘Ghost Hunter’ software, please visit the publishers website: http://www.rb59.com/ghosth

About the Author: Robert W. Benjamin has been in the software business on the internet for over 5 years, and has been producing low-cost software for the past 25+ years. He first released products on the AMIGA and C64 computer systems in the late 1970s-80s.