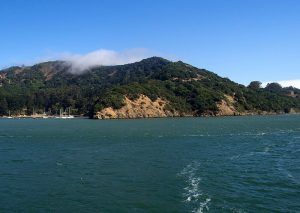 Fort McDowell on Angel Island, California, began as Camp Reynolds in 1863, during the Civil War, as part of the overall defense of San Francisco Bay.

The island was first named in 1775 when Spanish naval officer Juan de Ayala was conducting the first survey of San Francisco Bay. Dubbing it  “Nuestra Senora de Los Angeles (Our Lady of the Angels), the name was later shortened to Angel Island. In the next century, the island was utilized significantly by foreign merchantmen to smuggle contraband past San Francisco customs officers and was later occupied by Mexican ranchers and farmers.

U.S. military history of Angel Island began in 1850, shortly after the Mexican-American War, when President Fillmore declared the island a military preserve. 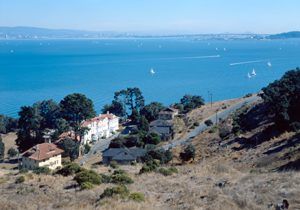 In 1863, the U.S. Army was concerned about Confederate naval raiders attacking San Francisco and constructing artillery batteries on Angel Island. A military post and immigration station were also established, called Camp Reynolds or the West Garrison. After the Civil War was over, it became an infantry garrison during the military campaigns against the Indians of the American West.

In 1900, the post was renamed, Fort McDowell. For decades, it continued to serve as an immigration station for Asians entering the U.S. During World Wars I and II; it became a major military embarkation center. During the Second World War, Japanese and German POWs were held here. In 1945, the post was decommissioned, and in the 1950s, the island became a Nike missile base. However, the missile base was decommissioned in 1962.

Today, the island, now designated as Angel Island State Park, offers some of the most beautiful views of the Bay Area and includes numerous military buildings from the World Wars and the largest collection of Civil War-era wooden structures in the U.S. The Immigration Station Museum details the island’s history when it was known as the “Ellis Island of the West.” The island can be accessed by ferry from Fisherman’s Wharf in San Francisco, Tiburon, and seasonal service from Oakland and Alameda. 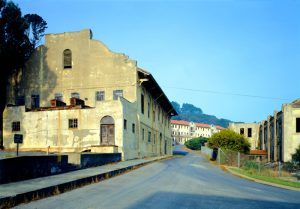