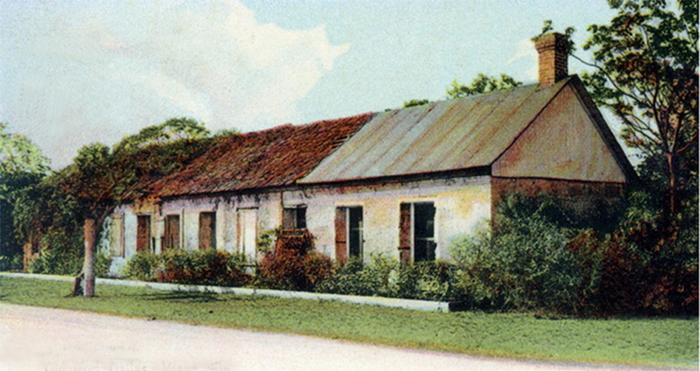 Fort Dallas was a military post established during the Seminole Wars that was located on the banks of the Miami River in what is now downtown Miami, Florida.

In 1836, the U.S. Navy established patrols on Biscayne Bay to prevent trading between the Seminole and traders from Cuba or the West Indies. That summer, Lieutenant L.M. Powell landed at the mouth of the Miami River to build a fort comprised of blockhouses and other structures to house his troops. The post was named in honor of Commodore Alexander James Dallas, who was then in command of the United States naval forces in the West Indies.

Lieutenant F. M. Powell remained in command of the fort for about two years. The post was then taken over by U.S. Army Colonel William S. Harney of the 2nd Dragoons, who led an attack against Seminole Chief Chakaika in 1840. By 1842 the hostilities between the settlers and the Seminole had decreased, and the troops departed.

Colonel William F. English then established a plantation at the site and planned to develop a town called Miami. He advertised the site as ideal for settlement with glowing inducements, such as a description of the extraordinary fertility of the soil. By 1844 he had constructed two solid stone buildings, including a house for himself and his family and the longhouse, which was most likely used as slave quarters. Colonel English abandoned his plantation during the California Gold Rush. 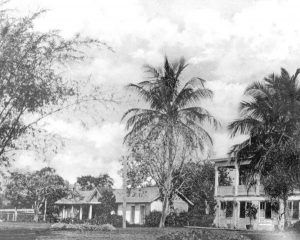 Seminole Gambling Club and the Longhouse

The U.S. Army seized the estate as hostilities with the Seminole began again. At that time, more buildings were erected, including stables, a blacksmith forge, a hospital, a trading post, and a road from Miami to Fort Lauderdale was blazed. The slave quarters were used as barracks.

When the Third Seminole War ended in 1858, the site was left uninhabited again. It was re-occupied by Union forces during the Civil War. Afterward, the tiny village of Miami began to grow, and some of the fort’s buildings were razed while others were removed to other locations. In 1872, the remaining buildings, except two stone buildings, were destroyed by fire. Afterward, the longhouse served as a post office, trading post, and temporarily as the Dade County Courthouse.

In 1891, Julia Tuttle bought the property. Shortly after she died in 1898, her son Harry leased the property to a group that ran it as “The Seminole Club” – a gambling establishment. In 1904, Tuttle’s son renovated the longhouse, adding a porch and center gable. The building remained on the site as the only remnant of the fort until 1925, when an apartment building was slated to be built at the site. The coquina stone building was then disassembled in sections and moved to Lummus Park on the north side of the Miami River at Northwest River Drive and North Third Street.

The building served for many years as the headquarters of the Daughters of the American Revolution. Today, it sits in Lummus Park at 404 NW 3rd Street in Miami. 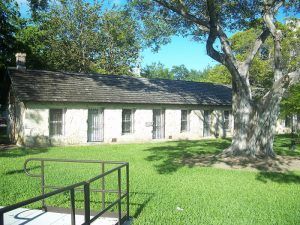