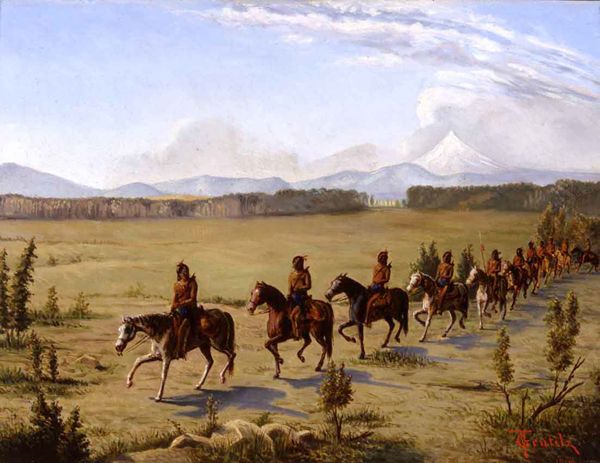 In 1839 there was friction between the Cherokee, Kickapoo, and Shawnee Indians and the white settlers in Northeast Texas. The Indians, who had obtained squatters’ rights to the land, from both Spanish and Mexican authorities, were promised title to the land on February 23, 1836, in a treaty made by Sam Houston, representing the provisional government the new Texas Republic. Though the agreement substantially reduced the Cherokee landholdings, the Cherokee agreed, believing it finally gave them a permanent home. Though the treaty was signed in 1836, it was rejected by the Texas Senate in 1837, despite Houston’s insistence.

In the meantime, the Mexican Government was doing everything they could to try to regain control of Texas and after the treaty’s rejection, several Cherokee Chiefs, including Big Mush and Chief Bowl, allied themselves with the Mexicans. As a result of this action, Houston’s successor, President Mirabeau B. Lamar, ordered the Cherokee to leave Texas. But, the Indians refused, resulting in the Battle of the Neches on July 15 and 16, 1839.

In July 1839, 500 troops, under the command of Kelsey H. Douglass, marched upon the Cherokee and their allies, in order to forcibly remove them. Camped at Council Creek, six miles south of the principal Cherokee village of Chief Bowl, the Texas Army dispatched a commission on July 12th to negotiate for the Indians’ removal. The agreement required that the Indians leave, but would be allowed to profit from their crops and be reimbursed for their removal. 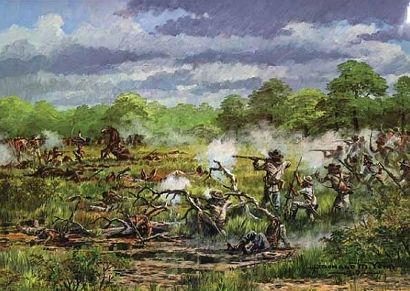 Battle of the Neches, Texas by Donald M. Yena

For the next two days, the Indians insisted they were willing to leave but refused to sign the treaty because of a clause that would give them an armed escort out of the republic. On July 15th, the Texans threatened to march on the village immediately if the treaty wasn’t accepted and a white flag was flown over the camp. When this did not occur, the Texans attacked, leaving some 18 Indians dead and three Texans killed.

The Cherokee then began to flee and the next morning, the troops engaged them once again near the headwaters of the Neches River. The Indians were forced to the Neches bottom, where Chiefs Bowl and Big Mush, along with a number of warriors were killed. After the last fighting near Grand Saline, it was estimated that more than 100 Indians had been killed or wounded in the engagements.  The Battle of the Neches ended the Indian troubles in east Texas, as the vast majority of the tribe had moved into Indian Territory. A few renegades continued to live a fugitive existence in Texas and even continued to fight against the Texans, but they had little success. Others took up permanent residence in Mexico.

The battle site is represented by a marker at a roadside park on Highway 20, five miles east of Colfax, Texas.