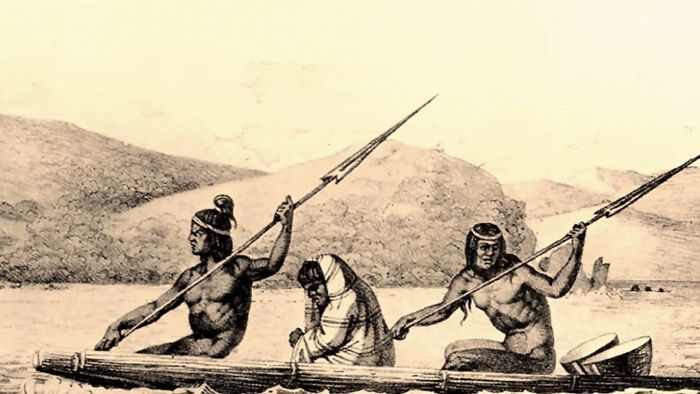 The Ohlone Indians, named Costanoan by early Spanish colonists, are a linguistic family who lived on the coast of central California. They originally lived in an area stretching from the San Francisco Bay southward to the lower Salinas Valley.

They traditionally lived in more than 50 independently organized villages and did not view themselves as a distinct group. However, due to their similar languages, they often interacted freely with one another. They survived by hunting, fishing, and gathering acorns and seeds. They lived in round houses made of a framework of poles covered with grass, tule reeds, or ferns. They traveled the water in boats made of balsa wood or on rafts of tules. Their clothing was scant, with the men going naked.

They were first met by Europeans when Spanish explorer Sebastián Vizcaíno encountered some of them in 1602 along the Monterey coast.

The first Spanish missionaries arrived in the area in 1769, which would dramatically change the lives of the Ohlone Indians. It was then that they received the name Costanoan, which means “coast” in Spanish. Seven Spanish missions were built in their territory between 1770 and 1797. These included San Carlos, Soledad, San Juan Bautista, Santa Cruz, Santa Clara, San José, and Dolores (San Francisco).

The mission life continued until their confiscation by the Mexican government in 1834, when the Indians were scattered. The Ohlone lost most of their population between 1780 and 1850 due to infectious diseases, high infant mortality rate, and social upheaval associated with European immigration into California. The Ohlone were reduced to less than ten percent of their original pre-mission era population by all estimates.

By the early 1900s, they numbered only about 25-30, most of whom lived a “Mexican” life rather than Indian. 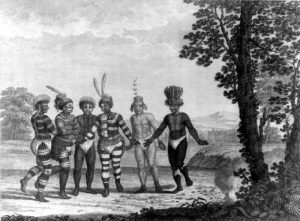 Today, many Ohlone descendants live in the San Francisco Bay area, and some are organized into distinct tribal groups. Though their languages haven’t been spoken in more than 50 years, some Ohlone Indian people are working to revive the ancestral language again. These groups are actively involved in preserving and revitalizing their native culture and protecting ancestral sites.