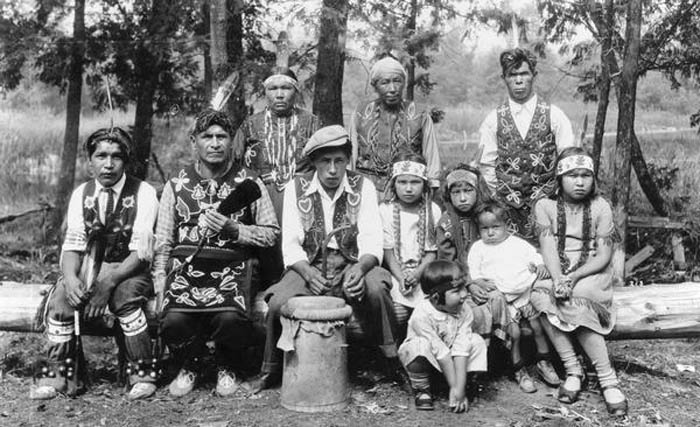 The Menominee Indians, part of the Algonquian language family, lived on and near the Menominee River in Wisconsin. The tribe is named after their staple food, wild rice.

Tradition says that the Menominee were driven into Wisconsin, from the neighborhood of Michilimackinac Indians around Mackinac Island in Michigan. However, when they were first known to white men they were already in Wisconsin and remained there until 1854.

Their villages sometimes extended to the Fox River and some of their later claims reached to the mouth of Milwaukee River on Lake Michigan and on the west side of Green Bay to the headwaters of Menominee and Fox Rivers. Westward, they claimed land between Green Bay and Lake Superior. 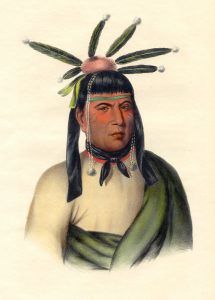 A most noteworthy characteristic of the Menominee was their amazing ability to survive as an independent tribe in the midst of large and powerful neighbors including the Dakota, Ojibwe, and Winnebago. Their initial resistance to encroachment almost resulted in their destruction, but the Menominee adapted to the changed situation and maintained good relations with these tribes.

Today, there are some 8,700 members of the Menominee Nation, many living in or near the village of Keshena, Wisconsin.