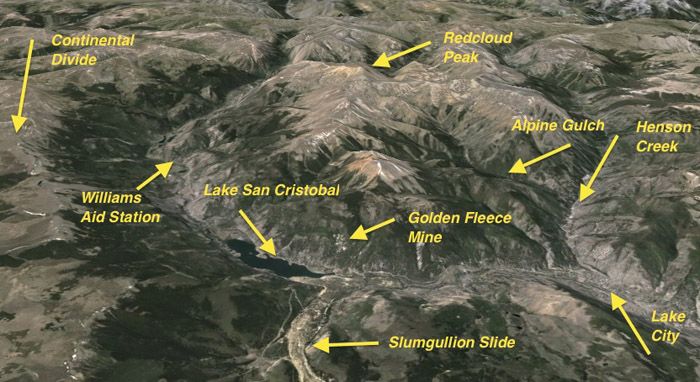 The Golden Fleece Mine was located in the San Juan Mountains about four miles south of Lake City, Colorado, and a half a mile west of the north end of Lake San Cristobal. The mining camp of Lakeshore was located at the northern end of the lake.

In 1874, in connection with Otto Mears, Enos Hotchkiss, a wagon road builder, constructed a toll road from present-day Saguache to Lake City. In August, Hotchkiss discovered promising mineral deposits above Lake San Cristobal. He soon filed the Hotchkiss claim, built the first cabin in the area, and became one of the first county commissioners of Hinsdale County.

The rich ores of the Hotchkiss Mine did much to stimulate active prospecting in the area and nearby Lake City became the supply center of the mining activity.

In November 1876, work on the Hotchkiss Mine came to an abrupt halt when Enos Hotchkiss was severely injured at the mine when he fell 30 feet down a shaft. After lying idle for many months, the mine was sold at sheriff’s sale to Chris Johnson, George E. Wilson, and Samuel Wendell. The new owners renamed the mine the Golden Fleece. 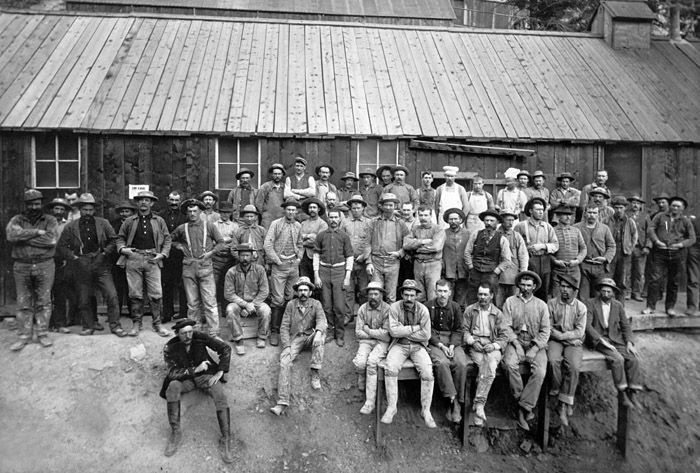 Golden Fleece Miners in the 1880s.

In subsequent years, the mine was sold and leased a number of times to various people, who dug more tunnels and opened more veins of ore.

The Golden Fleece Mine was situated in the Lake Mining District which was three miles wide and nine miles long, stretching from south of Lake City past Lake San Cristobal. The district was also referred to as the Lake City District and the Lake Fork District. A number of other mines were also located in this vicinity, including the Fanny Fern, Black Crook, Contention, Gladiator, Mayflower, and others. Silver and lead were the chief metals produced, but considerable gold and some copper and zinc were also mined.

As development and production increased, Lake City became a center of activity, and smelters and concentrating works were built. Although rapid progress was made in the late 1870s, the area lacked railroad transportation and was generally inaccessible. This situation brought on a decline in activity in the late 1880s which was alleviated in 1889 by the construction of a rail branch to Lake City. The period from 1891 to 1902 was the most productive in Hinsdale County. 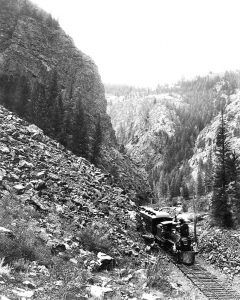 Soon after the railroad arrived, very rich ore was found at the Golden Fleece Mine, with a single railroad car of ore yielding $50,000.

A Denver syndicate bought the Golden Fleece Mine in 1891 and a large strike around 1895 created interest in the mine and all of the Lake Mining District. The Black Crook Mine shipped $200,000 in 1895.

To support this renewed mining activity, a mining camp called Lakeshore was established at the base of the mountain on the west side of Lake San Cristobal. Situated at the northwest end of the lake, a post office was established in October 1896. The camp grew to a population of about 75 residents and supported a school.

By 1904, the major ore deposits had been exhausted and most of the mines were closed. By that time, the Golden Fleece Mine had produced $1,400,000 in silver and gold ore. It also shut down that year but operated intermittently until 1919.

The post office at the Lakeshore mining camp was discontinued on May 14, 1904. Today, several summer cabins occupy the area where the camp once stood. 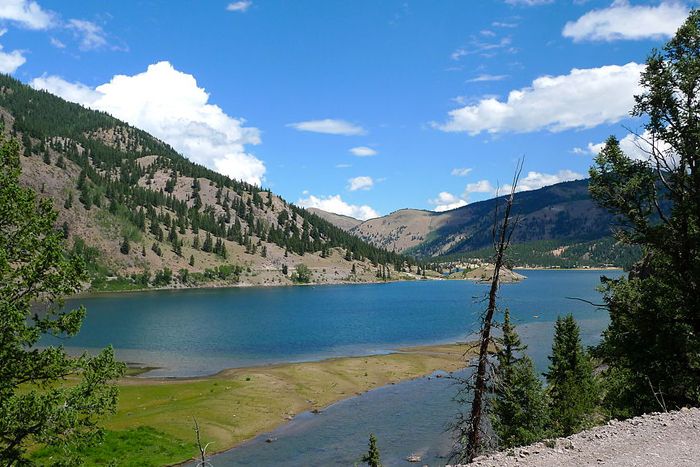 Early Exploration and the Fur Trade in Colorado