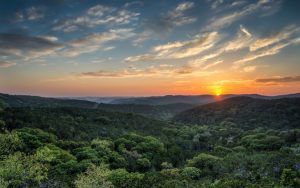 John Good was a prominent rancher and gunman in Texas.

Good was first known as a large, intimidating, and bullying ruffian who ran a ranch stocked with stolen beef west of Austin, Texas. On June 10, 1877, he was involved in a gunfight in Blanco City when a man named Robinson accused him of being a horse thief. However, Robinson’s revolver got tangled in his clothing and Good sent four shots into Robinson, killing him. Sometime later, after a cattle drive to Newton, Texas, Good was present when a man named Ed Crawford killed Cad Pierce.

Shortly afterward, Good sold his ranch and made his way to Coleman, Texas where he opened a hotel. However, Good continued his bullying ways and it was soon apparent that he was unwelcome in the city. Before long, he moved again, this time to Colorado City, Texas in 1880 and again to another ranch near La Luz, New Mexico. There he met a woman known as Bronco Sue Yonkers, who was known to have killed a man in 1884 and was suspected of having committed other violent deeds.

Their relationship ended when Mrs. Good and John’s children arrived in 1885. Bronco Sue quickly moved on and was soon involved with a man named Charley Dawson. Though Good’s wife and family were now present, it didn’t stop the jealousy that John Good felt at seeing Bronco Sue involved with someone else. On December 8, 1884, Good shot Dawson dead.

This time; however, Good didn’t flee, he stayed in the area, developing a large ranch and building a ten-room adobe house in 1885. He was successful in his endeavors and was soon very wealthy.

However, his temper would get the better of him once again when he clashed with a young man named George McDonald, who was a ranch hand and friend to Oliver Lee, a nearby rancher, in 1888. McDonald was found dead and his friends blamed Walter Good, one of John’s sons, which ignited the Lee-Good Feud. In the end, Walter Good was shot dead. Soon Good lead a five-man posse to avenge his son’s death, but after a fierce battle, Good and his party were forced to retreat.

Afterward, Good disposed of his property and drifted into Arizona and then to Oklahoma where he was last noted working for small wages.

Gunfights Across the West