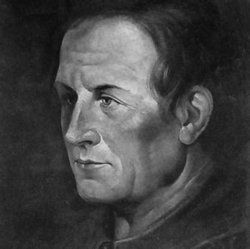 Kino was born in Tirol, Italy, and was educated at the Jesuit college at Trent and went on to the Jesuit college at Hall near Innesbruck, Austria. He joined the Company of Jesus on November 20, 1665, after an illness that nearly claimed his life. He also attended the Universities of Landsberg, Inlolstadt, Innesbruck, Munich, and Oehingen. In 1665, Kino became a Jesuit priest. In 1681 he sailed as a missionary from Spain to Mexico and was appointed missionary and royal cosmographer for the California Expedition on October 28, 1682. He arrived in Baja California on April 4, 1683. He was on the second expedition to California on October 6, 1683, at which time he built a mission and established a fort at San Bruno near Loreto. On August 15, 1684, he took his final vows as a Jesuit. He was appointed missionary to the Seri and Guaymas Indians on November 20, 1685. 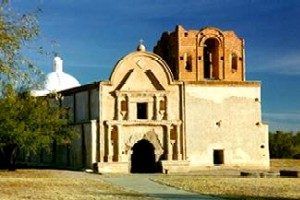 In March 1687, he established his first Jesuit mission in what is now Sonora, Mexico. In 1691, he began a series of more than 40 expeditions exploring southern Arizona, traveling along the Rio Grande, Colorado, and the Gila Rivers. Over a 24 year period, he established 24 missions and set up the foundation for modern agriculture and livestock raising. He promoted apprenticeships of artisans and similar trades. He traveled and explored extensively: Tumacácori -1691; Altar River – 1692; Gila River to Casa Grande – 1695; Baja California – 1697; Santa María and San Pedro Rivers – 1698; the Gulf of California from the north, Colorado River – 1700; repeat trip and crosses the Colorado River on a raft – 1701; repeat trip and proof that California is not an island – 1702; Guaymas – 1704; Tiburon Island – 1706; Pinacate and Santa Clara – 1706.

He died shortly after midnight on March 15, 1711, in Magdalena, Mexico. He wrote many books about his explorations.