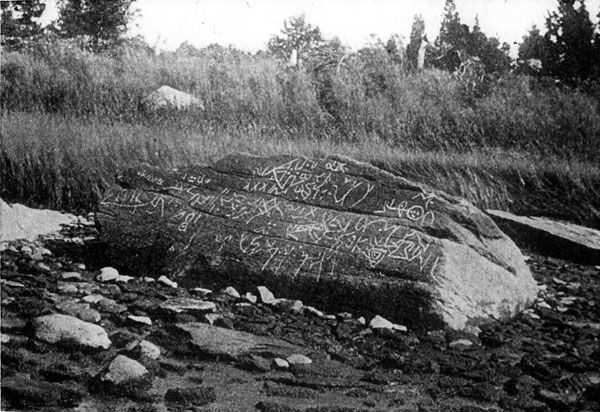 Known for its puzzling petroglyphs, Dighton Rock is one of the greatest mysteries of Massachusetts. The 40-ton boulder was originally located in the riverbed of the Taunton River at Berkley, Massachusetts. The slanted, six-sided boulder is approximately five feet high, nine and a half feet wide, and eleven feet long.

For more than 300 years people have wondered about the lines, geometric shapes, drawings and writing that appear on the rock and who created them.

In 1680, the English colonist Reverend John Danforth made a drawing of the petroglyphs, which has been preserved in the British Museum. However, his drawing conflicts with the reports of others and the current markings on the rock. In 1690 Reverend Cotton Mather described the rock in his book, The Wonderful Works of God Commemorated:

“Among the other Curiosities of New-England, one is that of a mighty Rock, on a perpendicular side whereof by a River, which at High Tide covers part of it, there are very deeply Engraved, no man alive knows How or When about half a score Lines, near Ten Foot Long, and a foot and half broad, filled with strange Characters: which would suggest as odd Thoughts about them that were here before us, as there are odd Shapes in that Elaborate Monument.…” 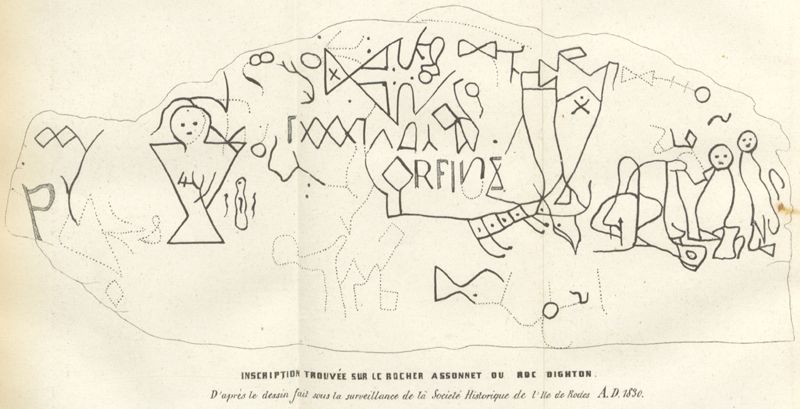 An exact copy of all symbols or petroglyphs by the Historical Commission of Providence, Rhode Island, published 1830

Over the years, numerous attempts have been made to decode the petroglyphs, with little success.

Theories of who may have made the carvings range from Native Americans to Vikings, the Portuguese, Chinese, and ancient Phoenicians (Eastern Mediterranean). 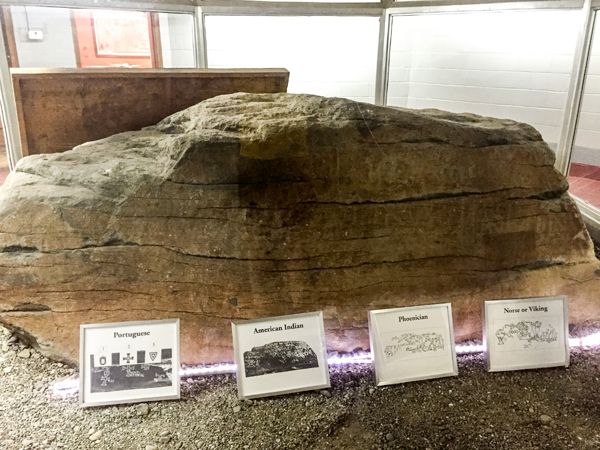 In 1963, state officials removed the boulder for preservation it is now housed in a museum at Dighton Rock State Park, complete with exhibits making the case for each theory. In 1980 it was listed on the National Register of Historic Places.