The American South has contributed much to the world: William Faulkner, blues and bluegrass music, stock car racing, and Al Gore to name a few. One of the South’s greatest contributions, the Moonpie, has endured for more than 75 years in its Chattanooga home.

For those who had deprived childhoods, a Moonpie is a sandwich of two round Graham cracker cookies and marshmallows covered in chocolate, vanilla, or banana shell. There are also double stackers and fruit-flavored variations. In other parts of the country, the Moonpie’s cousin is called the Scooter Pie.

Moonpies have long been a staple of the Southern diet. The snack has an almost mystical connection with another Southern institution Royal Crown Cola as in the often-repeated order “a RC and a Moonpie.” During the Depression, a RC and a Moonpie cost a total of ten cents establishing it as a working man’s lunch in hard times.

The exact origin of Moonpies is lost in legend. The best evidence is that sometime early in the 1900s a salesman for the bakery saw Kentucky coal miners dipping Graham crackers in marshmallow sauce. The miners let the concoctions harden before taking them underground in their lunch pails. When the salesman asked a miner what kind of snack he would like he curled his fingers around the full moon rising over the horizon and said it should be as big as the moon.

After some informal test marketing with the miners, the bakery began mass production of Moonpies in 1917. Moonpies are now available in most of the United States but in the South, they remain a cultural icon. More than eight billion have rolled off the assembly lines in Chattanooga.

Royal Crown Cola is also a southern original. Tinkering in his basement in Columbus, Georgia in 1905 pharmacist Claude Hatcher experimented with colas. At a time when many were trying unsuccessfully to copy Coca-Cola, Hatcher introduced Chero-Cola. Later in 1924 Royal Crown added Nehi orange and grape sodas, which left in a tub of ice water on a hot summer day were straight from heaven. After Hatcher’s death in 1933 Chero-Cola was reborn into Royal Crown Cola.

The small town of Bell Buckle, Tennessee sponsors an annual RC and Moonpie festival. Music, crafts, and deep-fried Moonpies are highlights of the tongue in cheek celebration. Moonpies have been thrown from the Mardi Gras parade floats in Mobile, Alabama, since 1974 after the city ruled the Cracker Jack boxes thrown by the krewes were too dangerous. Revelers in Oneonta, Alabama have a better use for Moonpies in their annual eating contest. 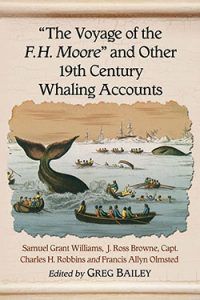 Moonpies are celebrated in music including a song about them in the 1950s and featured in films like The Green Mile.” The Moonpie logo graces everything from fishing lures to watches, tee shirts to toy trucks. In a recent contest sponsored by the bakery people reminisced about Moonpies in the good and bad days of their lives, the happy times of childhood, the Moonpie shared on a honeymoon, the Moonpies from home reaching Vietnam.

Moonpie memories were forged in a time and place when Southerners had both pride in their identity and a burden of being different and isolated from the rest of America. For many in the South, a Moonpie memory is a good one from a hard time.

About the Author: Greg Bailey is a history writer and journalist in St. Louis. His first book The Voyage of the F. H. Moore and Other 19th Century Whaling Accounts was published last year. He is completing a book on an event from the 1920s.