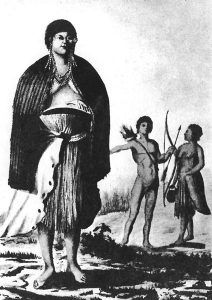 The Esselen were a tribe of California Indians who are indigenous to the Santa Lucia Mountains of the region now known as Big Sur in Monterey County, California. Prior to Spanish colonization, they lived seasonally on the coast and inland, surviving off the plentiful seafood during the summer and acorns and wildlife during the rest of the year.

Little is known of the mode of life and practices of the Esselen, but they were certainly similar to those of the neighboring tribes. What little is known in regard to the Esselen language shows it to have been simple and regular and of a type similar to most of the languages of central California, but, notwithstanding a few words in common with Costanoan, of entirely unrelated vocabulary and therefore a distinct stock.

When the Spanish arrived in 1770, most of its members were living near the future site of the Mission San Carlos Borroméo del río Carmelo near Monterey, California. At that time they were estimated to be about 500 to 1200 individuals living in the steep, rocky region.

Explorer and later Governor of Alta California Pedro Fages described their dress in an account written before 1775:

“Nearly all of them go naked, except a few who cover themselves with a small cloak of rabbit or hare skin, which does not fall below the waist. The women wear a short apron of red and white cords twisted and worked as closely as possible, which extends to the knee. Others use the green and dry tule interwoven, and complete their outfit with a deerskin half tanned or entirely untanned, to make wretched underskirts which scarcely serve to indicate the distinction of sex or to cover their nakedness with sufficient modesty.” 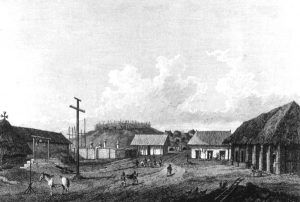 The first mission was built in 1797, which resulted, as was the case with the Indians at all the Californian missions, their rapid decrease. During the mission period of California history, Esselen children were baptized by the priests and, at a certain age, forcibly removed from their village and parents. Adult members of the Esselen tribe were forcibly conscripted and made to labor at the three nearby missions, Mission San Carlos, Mission Nuestra Señora de la Soledad, and Mission San Antonio de Padua. Like many Native American populations, their members were decimated by disease, starvation, overwork, and torture.

Historically, they were one of the smallest Native American populations in California, and due to their proximity to the three Spanish missions, they were likely one of the first whose culture was severely repressed as a result of European contact and domination. For years, they were assumed to have been exterminated, but some tribal members avoided the mission life and emerged from the forests to work in nearby ranches in the early and late 1800s.

Today, about 460 individuals have identified themselves as descendants of the original Esselen people and banded to together form a tribe. The Department of the Interior has set aside 45 acres of Fort Ord that the tribe can use to build a cultural center and museum. But they must first obtain federal recognition. In 2010 the Esselen Nation petitioned the federal government for recognition as a tribe, but the Bureau of Indian Affairs said they didn’t meet the formal criteria. Descendants of the Esselen are currently scattered, but many still live in the Monterey Peninsula area and in nearby regions. 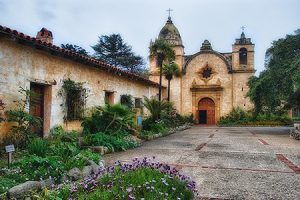