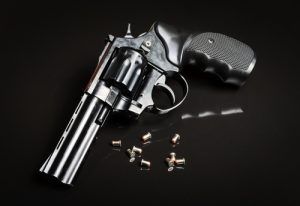 This isn’t your typical history lesson. This is the story of Smith & Wesson Firearms, told from the Model 3 American revolver to today’s modern rifles.

It all started with a partnership that was forged in 1852. Horace Smith and Daniel B. Wesson, the namesakes of the business, learned the firearms trade during their time working at the National Armory, located in Springfield, Massachusetts. Wesson was a student of his brother Edwin, who he worked for as an apprentice in the 1840s.

You wouldn’t know it today, but their first pistol venture was by no means a financial success. Just a few years after establishing a partnership, the company was suffering financial hardship. These financial woes led Smith and Wesson to make a hard decision — they decided to sell the company to a shirt manufacturer. His name may be familiar, but you won’t likely recognize it for shirts. The company that acquired Smith and Wesson’s business was headed by Oliver Winchester. 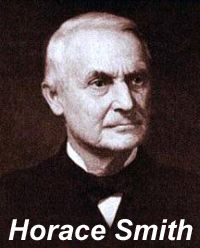 The Proof is in the Patent

When Winchester started making firearms, Smith and Wesson were still working together. The two produced a small revolver that was designed to fire a Rimfire cartridge, a cartridge that they had patented in 1854. They found success. This revolver was the first entirely successful self-contained cartridge revolver, not just in the United States, but across the world. The two obtained patents for the revolver in an aim to prevent other manufacturers from applying their techniques, which proved to be very lucrative for Smith and Wesson.

In order to maintain a top spot in the firearms market, the two realized that they would need to make updates to the design once their patents expired. Completed in 1869, and marketed in 1870, The Model 3 American catapulted Smith and Wesson to global firearms fame. This firearm was the world’s first large-caliber cartridge revolver, garnering attention from both local and foreign markets. Smith and Wesson achieved major financial success in large part to just two customers — the United States Cavalry, for use on America’s Western Frontier and the Russian Imperial Government. 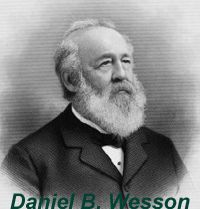 At the age of 65, Horace Smith retired from the business and left the company to Wesson. By the late 1880s, the firearms company released a new line of hammerless revolvers, which today, are still represented in the Smith & Wesson firearms line.

What came next is considered by some the world’s most famous firearm — the .38 Military and Police, or what is today known as the Model 10. Since its creation, it has been in continuous production and is used by police agencies and military forces across the globe.

In 1935 the company introduced the first Magnum revolver, the .357 Magnum and, in 1955, the first double-action auto-loading pistol, the Model 39. Unveiled in 1956, and made famous in the Hollywood film “Dirty Harry” starring Clint Eastwood, was the Model 29, chambered in .44 mag. And 10 years later, the world’s first stainless-steel revolver was made, the Model 60, which launched a new era, so to speak, of firearms.

Horace Smith and Daniel B. Wesson’s contribution to the firearms industry is undoubtedly immeasurable.

About the Author: Lauren Topor is a full-time freelance writer and alumna of Arizona State University. Her professional work has appeared in a variety of publications from lifestyle magazines to business websites. Follow Lauren on Twitter @laurentopor.