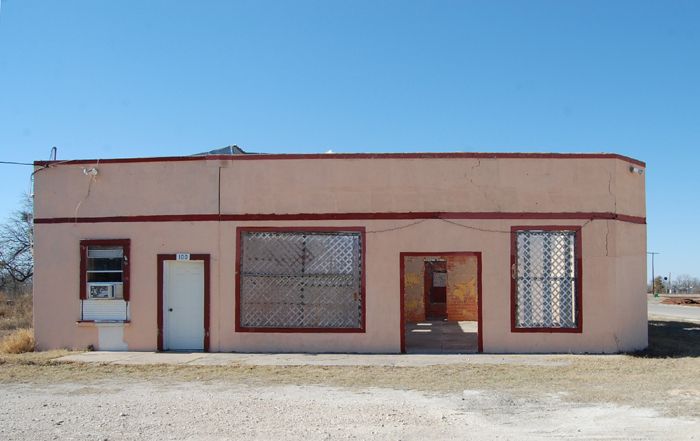 An old business building in Spofford, Texas by Kathy Weiser-Alexander.

The ghost town of Spofford, Texas, located in south-central Kinney County, got its start when the Galveston, Harrisburg, and San Antonio Railroad came through the area in 1882.

One of the first men to come to the site was George Hobbs, who established a tent store during railroad construction and sold supplies to the workers. The next was C.K. Spofford, who opened the Spofford Hotel and a store near the railroad depot in the early 1880s.

The site was called Spofford Junction, named for C.K. Spofford. Soon, a community developed around the hotel and depot, which served as a shipping point for area ranchers who raised goats, sheep, and cattle. In the meantime, the railroad continued to build, reaching Eagle Pass in 1882 and Langtry in 1883. 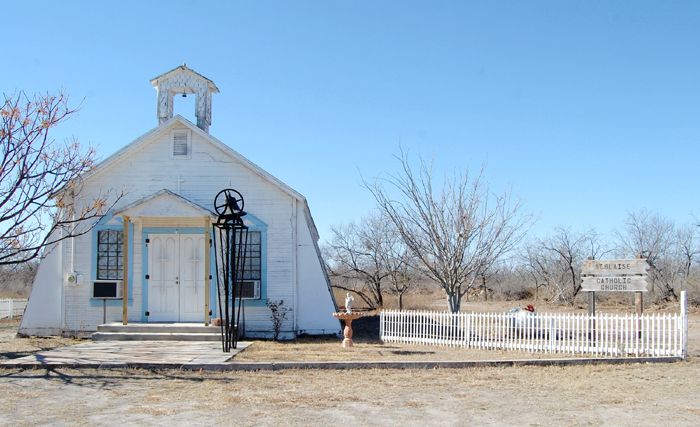 The St. Blaise Catholic Church in Spofford, Texas, was founded in 1913 and still holds services today by Kathy Weiser-Alexander.

In 1884, a post office was established, and by 1890, Spofford boasted a population of 100, two saloons, and the Hobbs and Company store. In 1896 a school was established to serve 20 students. 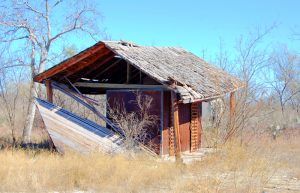 The old jail in Spofford, Texas by Kathy Weiser-Alexander.

When a large portion of land was subdivided in the early 1900s, Spofford began to expand south of the railroad. By 1907, the town also included a blacksmith shop, a barbershop, a livery stable, and Methodist and Baptist churches. In 1912 a movie theater was opened, and telephone service was soon added to the community that had grown to about 200 people. In 1913, the St. Blaise Catholic Church was founded, which still holds services today.

In 1925 the community’s population dropped to 100, but by the late 1930s, it had rebounded to 319. Continuing to be the primary shipping point for livestock in Kinney County, the town grew to 373 people by the mid-1940s and was incorporated in 1945. Afterward, however, the population began to drop, school consolidations sent students to Bracketville, and businesses began to close. By 1961, it boasted only 138 people, and only two businesses were still open. By 1974 the town had shrunk to 52 people.

Though the area still has several dwellings and a scattering of people, its post office is long closed, and it has no open businesses today. However, the Southern Pacific Railroad still runs through the town, and its Catholic Church continues to hold services. It is located at State Highway 131 and Farm Road 1572, 10 miles south of Brackettville. 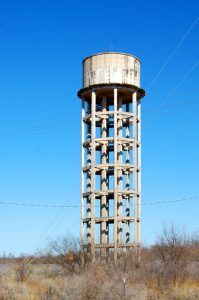