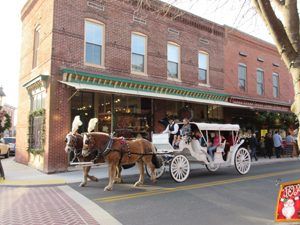 Although Berlin wasn’t incorporated officially as a town until 1868, the area history dates back much further it was once part of the Burleigh Plantation, a 300-acre land grant made in 1677. The first school dates back to 1765 when Reverend Charles Tennent established Buckingham Academy, a boys boarding school. Located about seven miles inland from Ocean City, Maryland, the city developed in the late 18th century from a livery stable and coach stop on the plantation.

Pronounced Bur-len, its name is thought to be derived from “Burleigh Inn”, a tavern on the crossroads of Philadelphia Post Road (now South Main) and Sinepuxent Road (now Tripoli Street). The town’s Main Street was originally part of the path connecting the Assateague Indians with the neighboring Pocomoke tribe, and in Colonial times the path became the Philadelphia Post Road and main travel route up the shore to the centers of commerce to the north and west.

When the railroad arrived in the 1870’s, Berlin was a marketplace for agricultural products and later a rest stop for rail passengers on their way to the popular tourist stop of Ocean City. The most successful industries were the Berlin Milling Company, Phillips Cannery, and Harrison Nurseries. 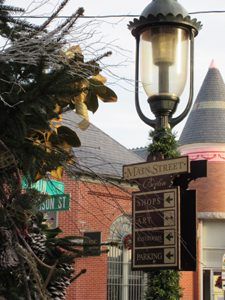 Although the town has suffered three devastating fires in 1895, 1902 and 1904, its historical areas still showcase almost two centuries of architectural heritage, of which forty-seven structures are listed on the National Register of Historic Places.  In the Berlin Commercial District, 33% of the buildings dating from around 1900 remain in original or near original condition. The historic structures represent three distinct periods: Federal, Victorian and 20th Century, with the town center featuring mostly brick structures.

Some of the towns historic buildings include Burley Manor and Burley Cottage, “Robins Nest”, the Chandler House, and St. Paul’s Episcopal Church dating back to 1825. 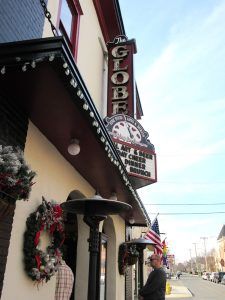 The town has grown as a popular spot for tourists who enjoy hunting and fishing on the Eastern Shore, or on their way to Ocean City. The city promotes itself as a wonderful example of citizens working together as they renovated the town center as part of their historic preservation efforts. Today the historic commercial district features tree-lined streets, art galleries, antique shops, the restored Atlantic Hotel and the historic Globe Theater, dating back 100 years, which is now a popular restaurant.

Berlin is the birthplace of 19th-century naval hero Stephen Decatur, the youngest man to reach the rank of captain in the history of the United States Navy, and the first post-Revolutionary War hero. You may also recognize Berlin from two major movies, 1998’s “Runaway Bride”, starring Richard Gere and Julia Roberts as the fictional town of Hale, and 2001’s “Tuck Everlasting” starring Sissy Spacek, Ben Kingsley, and William Hurt, as the fictional town of “Treegap”. For that movie, they transformed downtown Berlin back to the turn of the 20th Century complete with dirt roads, horses, and carriages. 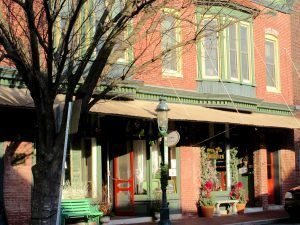