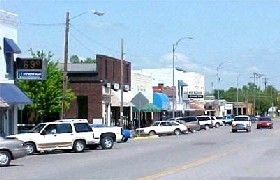 About 12 miles north of Wichita, Kansas, sits the small town of Valley Center. Now having a population of about 7,300 residents, the settlement was born in 1872 on the Little Arkansas River banks. Located along the ever-important railroad, the town grew to include a post office, three stores, two blacksmith shops, a grain elevator, and several homes by the early 1880s.

Though now a bedroom community to nearby Wichita commuters, one of the biggest attractions in this quiet town is the haunted Theorosa Bridge, also known as the 109th Street Bridge and the Crybaby Bridge.

On an old country road three miles north of town on Meridian Street, this old bridge spans Jester Creek at the intersection with 109thstreet.

Several legends about this bridge’s haunting are based on a baby drowned in the creek below. Today, the bridge is a simple concrete bridge that normally no one would pay any attention to, except for the legends.

The first legend tells of settlers passing through the area in the late 19th century when Indians attacked them, and a baby named Theorosa was kidnapped. Her grief-stricken mother was said to have left the wagon train to search for her missing daughter and reportedly continues to look today as her mournful cry can still be heard calling out for her child.

Another legend is that a skirmish between the cavalry and an Indian tribe living by the creek occurred about this time. In this version, an Indian woman is stabbed, and her baby is dropped into the creek and drowned. 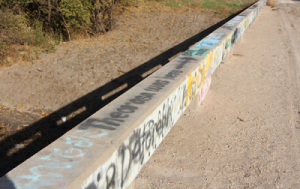 Yet another tale suggests that a woman named Theorosa is a young woman who has an illegitimate baby and drowns it in Jester Creek to hide her shame. Later, overcome by guilt, she also drowns herself in the creek.

Finally, another tells of an engaged woman who fell in love with another man and bore his child. Jealous with rage, her fiancé reportedly threw the baby over the bridge into the creek, and Theorosa jumped off the bridge to save her baby but drowned herself instead.

In any event, the bridge has been reported to have been haunted for years and years. Many have reported seeing floating balls of light, eerie shapes, and the apparition of a woman in the area around the bridge. Cars are said to mysteriously stall as they cross, or if they should stop, they will feel the entire vehicle begin to shake. Others report cold breezes seemingly coming from nowhere and the sounds of mournful voices or the chilling cries of a baby.

Yet others say that the weather is consistently different at the bridge than in the rest of the area. Rumor has it that if you call out to Theorosa, telling her that you have her baby, she’ll come out of the water and attack you.

The original iron and wood bridge that first stood at Jester Creek for decades burned down in 1974 was rebuilt and was destroyed by fire again in 1976. Afterward, it was closed for the next fifteen years. However, in 1991, the road was reopened, and the current concrete bridge was built that continues to serve travelers across the creek.