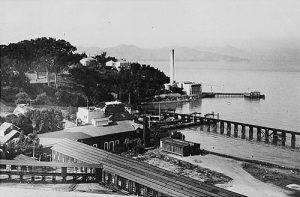 After serving as a military post for more than 100 years, Fort Mason in San Francisco, California, is part of the Golden Gate National Recreation area today.

The fort, located on San Jose Point, in the northern Marina District alongside San Francisco Bay, was first utilized for military purposes in 1797 when the Spanish built gun batteries here, calling it “Bateria San Jose.”

However, this was a short-lived venture as, by the time Mexico took over the area in 1822, the site was known as Black Point due to the dark underbrush that had taken over the point.

In 1850, the land was taken over by the United States but would not be developed for military use until 1863, when the Civil War prompted the government to build coastal defenses. Though the point, by this time, included several well-built residences, the land officially belonged to the government. In 1863, many of the homes were confiscated and utilized by the army or razed. 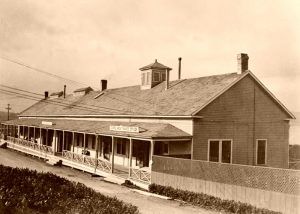 The fort initially included a 10-gun battery, operated by a company of Infantry, and several temporary wartime structures. After the Civil War ended, the post became a quartermaster depot and, in 1882, was named Fort Mason, after Richard Barnes Mason, a former military governor of California.

After the 1906 earthquake, it served as a refugee camp for earthquake and fire victims. In 1912 three piers and several warehouses were built along the water to warehouse army supplies and provide docking space for army transport ships. The post became a significant supply and transportation center.

By 1915, a railroad tunnel had been built to connect with the railroad network and the Port of San Francisco. The post built several permanent buildings through the years, including barracks, officers’ quarters, stables, a laundry, bakery, guardhouse, and a hospital. 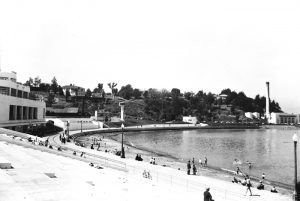 During World War II, Fort Mason’s logistical transport hub moved 23 million tons of cargo and deployed a million troops. Its piers continued to be busy through the Korean War and the early 1960s; however, by 1965, the command’s headquarters was moved to the Oakland Army Terminal, and most of the fort’s properties fell into disuse.

The site became part of the National Park Service in the 1970s, although a few buildings were retained for use by the Army. The post, located on Bay Street at Van Ness Avenue, San Francisco, displays several buildings amongst parks and gardens. The Army still uses the old headquarters building and some of the officers’ quarters, while other buildings have been rented to the public. Today, the post’s old hospital serves as the National Park Service’s Golden Gate National Recreation Area Headquarters building. A portion of the site, known as the Fort Mason Center, is devoted to nonprofit and cultural activities, including three museums, six theaters, and the City College of San Francisco’s Art Campus. 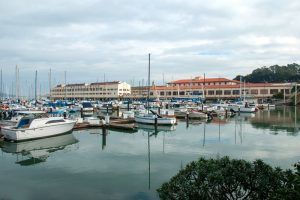