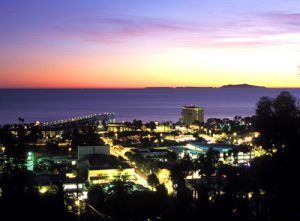 My husband and I love to stay at historical B&B’s. One is the Bella Maggiore, in Ventura, California, and it has quite a history. From a 1940’s hotel housing an infamous prostitute named Sylvia, who was found hanging in her room, the old inn now houses beautifully restored Bed and Breakfast accommodations.

When you arrive at the Bella Maggiore, you can see a book where guests leave their comments. Leafing through the book, you will see page after page about their comments of having met up with the ghost named Sylvia. Her trademark appears to be welcoming the male guests with her rose-scented perfume.

After staying there twice with no “Sylvia” sightings, frankly, I was getting disappointed. However, upon our third stay at the historic inn, I was to be rewarded with a frightening experience. We booked a beautiful suite with a living room and fireplace, where its stained glass windows overlooked the boulevard and a small view of the Pacific Ocean. Adjoining the living room was a separate bedroom and bath. 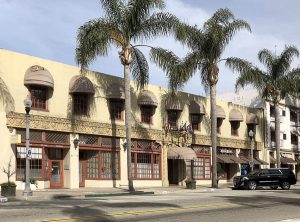 I woke early on Sunday and relaxed in the living room before a warm fire, and sat leisurely enjoying a book. Suddenly, I became aware that “something” was to my left side. I became so frightened; it felt as if the air was being sucked out of the room. No matter how hard I tried to reason with myself, I just knew if I looked to my left, something awful was about to happen. When I finally calmed my nerves (just a little) and forced myself to look to the left, the strong, sickeningly sweet smell of rose perfume permeated the air.

It was suffocating. I was so scared that I grabbed my long coat and ran down the hallway to the front desk.  When I arrived, the man working there could see how frightened I was, and he understood about Sylvia. Graciously, he agreed to walk me back to my room. As we made our way up the stairs, he came to a complete stop.

Just outside of “Sylvia’s old room,” the lights above started to flicker, and as we continued down the hall, all the lights near the guest rooms began to blink. The man said that could not be as he had just done the light check for his shift.  When we arrived at my room, I requested that he come in, where he confirmed that he, too, could smell the strong perfume. As I had the door propped open to the hallway, two more guests, going to breakfast, stopped, and commented on the strong smell of rose perfume. Before you knew it, we had at least four people in the small living room area, all commenting about “Sylvia.” The odor was so strong anyone coming down the hallway was affected by it.

One man, who stated that he often stays for prolonged periods at the Inn, commented that the previous Saturday night, he had a “visit from Sylvia.”  Apparently, she had taken his wallet and placed it in an entirely different part of his room.  However, he went on to say that that type of prank was a “usual” trick played by Sylvia and paid it no mind. 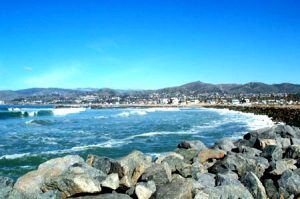 After everyone left, I opened the bedroom door to find my husband still fast asleep; never having awakened.

Upon getting ready to go downstairs for the complimentary breakfast, in their airy, beautiful atrium, several guests and I discussed our personal experiences with  “Sylvia.”

So, if you ever are in traveling to the City of Ventura, California, spend a night or two at the Bella Maggiore Inn… perhaps you, too, will have an encounter with their resident ghost, “Sylvia.”