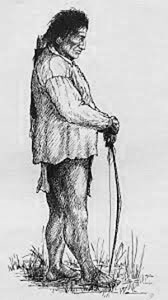 The Bidai were a tribe of Atakapa Indians from eastern Texas. The tribe name is Caddo for “brushwood,” probably referring to the peculiar growth characteristic of the region.

Extinct today, the Bidai belonged to the Caddoan stock, whose villages were scattered over a wide territory, but principally about the Trinity River in Texas, while some were as far north as the Neches River or beyond. A creek emptying into Trinity River between Walker and Madison Counties bears the name of the tribe. The tribal tradition of the Bidai is that they were the oldest inhabitants of the country where they dwelt. This belief may have strengthened tribal pride, for although the Bidai were surrounded by tribes belonging to the Caddo confederacy, the people long kept their independence.

The first written record of the tribe was in 1691, by Spanish explorers who said they lived near the Hasinai tribe. French explorer François Simars de Bellisle described them as agriculturalists in 1718 and 1720.

They were neighbors of the Arkokisa, who lived on the lower Trinity River and may have been their allies. Little is known of their customs and beliefs, which were probably similar to those of the surrounding tribes of the Caddo confederacy. They lived in fixed habitations, cultivated the soil, and hunted buffalo. Early on, they were estimated to number about 600, but in 1776-1777 an epidemic carried off nearly half their number.

During the latter part of the 18th century, the Bidai were reported to be the chief intermediaries between the French and the Apache in the trade of firearms. Later, later they suffered from the political disturbances in the controversy between the Spaniards and the French, as well as from inter-tribal wars and the introduction of new diseases. The survivors joined neighboring tribes, such as the Akokisas and Koasati. 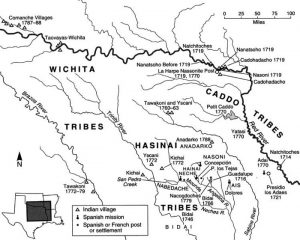 In about the middle of the 19th century, a remnant of the Bidai was living in a small village 12 miles from Montgomery, Texas, cultivating maize, serving as cotton pickers, and bearing faithful allegiance to the Texans. The women were still skilled in basketry of “curious designs and great variety.”  Some settled on the Brazos Indian Reservation in present-day Young County, Texas, and were removed with the Caddo to Indian Territory.