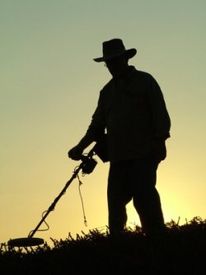 Besides coin shooting, gold detecting or the many other things you can do with your metal detector, there is a large group of people who take their metal detector out looking for old stuff. Not just any old stuff, but memorabilia from the past. This is called relic hunting.

If you’re thinking about doing some relic hunting, be careful. Relic Hunting can become addictive. Finding items from long ago, like a button from a confederate soldier’s jacket or a belt buckle from the Union army’s General is so rewarding. There is such a thrill that you feel when finding these items. It can be absolutely mind blowing.

If you’re a romantic like me you imagine images of the men and women who fought on this land; the horses and oxen and cattle that came along with the settlers. The farmers that tilled the ground and the merchants that sold the goods. It takes you back to a historical time. It brings back long forgotten relics from a time of conflict or a time of hope. Recalling a time when settlers struggled to make a life on the new frontier. It’s not just an old button, or hat pin, or a piece of metal used or worn; sewn or hammered by our ancestors and the people who settled and built our country. It’s a piece of history, and you found it.

In every country in this beautiful world items have been left behind, lost or forgotten only to be found again and remembered. To me, it’s finding a bit of history and holding it in your hand. I dream up stories of where a particular button came from. What really happened is probably not as dramatic nor as romantic as I can conjure up, but, it’s a fun thing to do. 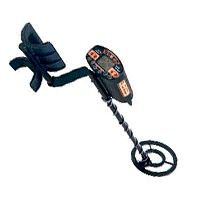 Relic hunters are enthusiasts who hunt for artifacts and memorabilia from past events, primarily battles and wars through the years. They spend a lot of time researching and finding out the history of a given area. Then they go hunting.

The great thing about relic hunting is there is the vast amount of areas you can go to hunt. Old road or paths. Many paths in wooded areas have been there for centuries. Take the long way home and discover Rural America. Old home foundations, old school houses, abandoned stores are great places to take your detector. Look for indentations where there may have been an old cellar. Old cellars can be a wealth of artifacts. Look along river banks or dried up creek beds. Long ago people followed the river to get from one place to another. Ever notice how many small towns are along the rivers of the United States? The river was the source of travel and commerce. The rivers were the lifeline of the people.

Old railroad tracks can be a great source of artifacts. Look around your area. I’m sure you can come up with a wealth of ideas on where to go. Look on the internet or go to your local library. There is information that can help you find where to go.

As always, don’t forget to get permission from the land owner and leave any area like you found it. Don’t dig up holes and leave them gaping. Always fill your digs in when you’re done. Be careful, be courteous and have fun!

About the Author:  Candy Lindsey loves loves to find new things to research and write about and does free lance writing. She has three children and five grandchildren. She and her husband live in small town, USA.