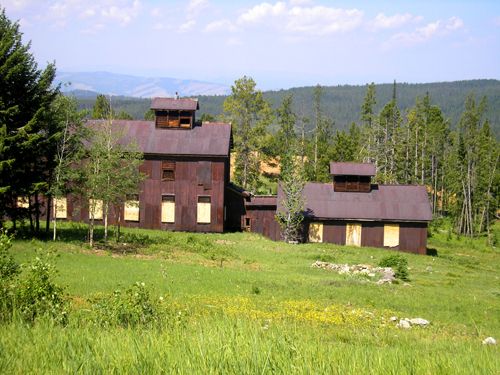 Sitting at some 7,000 feet high on Cable Mountain, looking over the snow-capped peaks of Montana’s Continental Divide, are the few remains of the once-popular mining camp of Southern Cross.

The area started when gold was first discovered in 1866, but it would be several years before the claim was worked. However, that changed in the early 1870s when the Southern Cross Mine began to be developed. 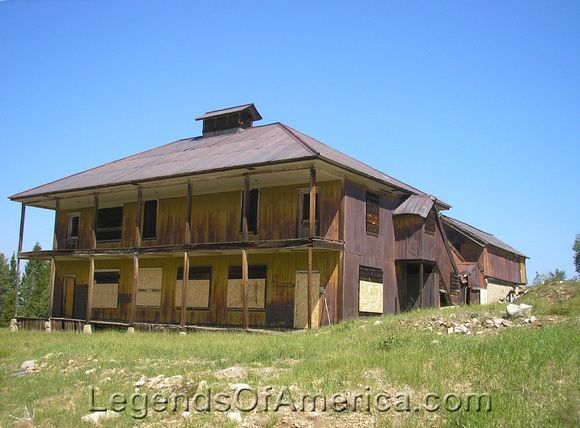 The camp that grew up around it took the name of the largest lode, but other claims, including the Oro Fino, Orphan Boy, and the Holdfast-Short Shift-Golden Wedge Mines, were also worked. The first ores were hauled by wagon to anaconda for smelting, but in 1907 a new modern mill was built in the camp.

When the Southern Cross Mine was sold to the Anaconda Copper Mining Company in 1910, extensive development took place, including constructing a spur railroad line to the mine from Brown’s Siding. 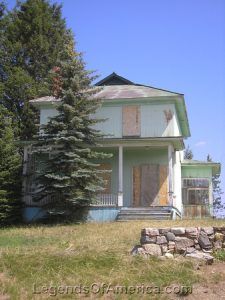 Though the vast majority of hard rock mining occurred from the 1870s through 1910, it would continue periodically for almost 80 years. The Anaconda Copper Mining Company ceased to operate the Southern Cross Mine in 1919. In its heydays, the mining camp boasted about 500 people and numerous buildings, including boarding houses, stores, saunas, a dance hall, a post office, and a school. The district produced more than five million dollars in gold, silver, and copper.

Though several mining buildings and a few old cabins are still present, during our visit in 2008, what’s left of the old townsite was buzzing with bulldozers and other heavy equipment to redevelop the site.

Southern Cross is located off Montana Highway 1 (Pintler Scenic Route) at the turnoff to the Discovery Basin Ski Area in Georgetown. The road continues about one mile beyond Georgetown to a three-way split in the road. The middle road (Southern Cross Road) continues to the old townsite of Southern Cross.