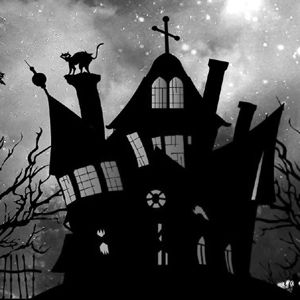 My family and I moved into a two-story house in Cordell, Oklahoma, in 1978.  When family friends found out that we would buy this house on Magnolia Street, they begged my parents not to do it, warning them that it was haunted.  My father did not believe them, and we moved in anyway.  It wasn’t long before strange things began to happen.

We are a large family, and through the years, as many as 10 of us lived there, including my parents, my siblings, and two young nephews.

The first strange event occurred when my father was working in the yard one day. Suddenly, he stomped into the house angry and demanded to know why no one would pick up my crying nephew, who had just been born. We just looked at him like he was crazy and showed him that the baby was fast asleep. Dumbfounded, he returned to the yard but told us later that he continued to hear the baby’s cries as soon as he went outside. However, my nephew was fast asleep.

On another occasion, when my father was drinking coffee at the kitchen table, he looked up at the staircase to see a woman with long brown hair staring down at him. Immediately, he called my mom over, and she saw the same mysterious woman.

The kitchen was where odd things often occurred, as another time when my mom and sister were having coffee before going to work, a dish drainer full of dishes suddenly lifted itself off the counter, crashing to the floor, breaking all of the glass. Mom said she guessed they didn’t like the dishes cluttering the counter.

Once when mom got up in the middle of the night to go to the bathroom, she had to pass through the kitchen. There, she saw a woman standing at the kitchen sink. Thinking that if she ignored her, she would go away, mom passed by the apparition, continuing to the bathroom. However, when she got to the bathroom door, she felt a hand on her shoulder and said, “What the hell do you want?” When she turned around, the woman was gone.

My sister often reported that she felt something sleeping with her every night. In the beginning, she thought it was my younger brother getting cold during the night and curling up on the foot of the bed. But one night, when something pulled the blankets off her children, she reached down to pull them back up, and though nothing was there, she could see an imprint where someone or something had been on the bed.

Every night, my mom could hear a baby falling down the stairs and hitting the kitchen floor, crying all the way down.

We determined that several spirits were haunting the house, including two women, two men, and the crying baby. The other woman who often appeared was a gray-haired old lady who my brothers said was extremely evil, so much so that one brother took to sleeping outside, regardless of the weather.

The two men generally just passed through, making no fuss or racket. On one such occasion, when mom was sitting in the living room watching television, she looked up toward the back door to see a cowboy standing there. When she got up to inquire about the reason for his visit, he disappeared.

Finally, we gave up. The house was demolished in 1988, and in its walls, an eight-inch thick abstract of the land was found dating back to the 1700s. Also contained within the walls were old newspapers and a pair of antique hook and eye lady’s boots. These were donated to the Cordell Museum in Cordell, Oklahoma. Today, the land stands vacant, with only the cellar remaining to testify that a house ever stood.