Here’s more on the latest additions to our website: 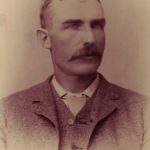 Death of a Sheriff – Murder and Conspiracy in the Old West – John Doherty was great at poker, but not so good at local politics. The latter would prove fatal and it would take the Governor’s direction to solve it. Story by John’s Great Grand Nephew Ciaran Conliffe.

Haunted Road Trip: 5 East Coast Destinations to Visit – Use our tips to plan your own haunted road trip and spend some time exploring a few of the country’s creepiest and most notoriously haunted spots. (Submitted by Traci Magnus, Dunes Properties) 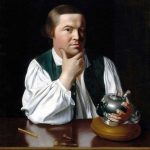 Paul Revere and His Midnight Ride – Paul Revere is a folk hero of the American Revolution whose dramatic horseback ride in April 1775 warned Boston area residents that the British were coming.

Penobscot Tribe – The Penobscot are an indigenous tribe from the Northeastern Woodlands region that is federally recognized in the state of Maine as well as in Quebec, Canada. 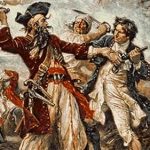 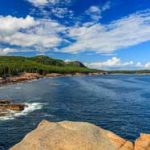 Bronco Bill Loses Against Wells Fargo – “Bronco Bill” Walters might have started out his life as a cowboy and a railroader, but he soon found a more lucrative future as a train and stagecoach robber.

Richard West – Oklahoma Outlaw – Small in stature, Richard West was an outlaw who rode with Bill Doolin and the Oklahombres in Oklahoma.

The Goingsnake Massacre or the Cherokee Courtroom Shootout – A feud between two men led to a confrontation and a trial where a shoot-out occurred leaving seven lawmen dead and several others injured.

Fort Lapwai, Idaho – Fort Lapwai was a federal fort established in north-central Idaho in 1862 in what is now the present-day city of Lapwai. 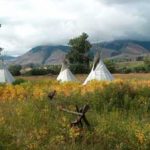 Typhoid Mary Mallon – Typhoid Mary, was an Irish cook who was the first person in the United States identified as an asymptomatic carrier of typhoid fever. 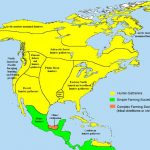 Clovis Culture of Native Americans – The Clovis culture is a prehistoric Paleoindian Period culture, named for distinct stone tools found near Clovis, New Mexico in the 1920s and 1930s. 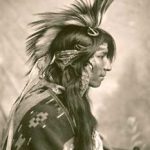 Cree Tribe of North America – One of the largest native groups in North America, the Cree tribe, originally from Canada migrated south into the upper plains of the United States.

Peaceful Retreat – Keep Your Kids Happy During Vacation – Most kids, especially young ones, don’t relish being cooped up in an airplane cabin or a car for hours on end. Here are some tips to help from Daniel Sherwin at DadSolo.

Fannie Echols – First Woman Sentenced to Hang at Fort Smith – Fannie Echols was the first woman convicted of a capital crime in the Federal Court for the Western District of Arkansas. 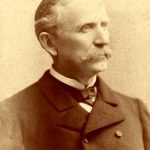 James B. Hume – California Lawman & Detective – James B. Hume was miner, trader, and lawman in California after the Gold Rush began, but left his mark on history as a Wells Fargo detective who captured stagecoach robbers such as Black Bart.

Neil Howie – Lawman and Vigilante – Neil Howie was a territorial lawman in Montana who often worked with Montana Vigilantes to rid the territory of outlaws. 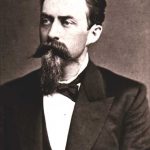 Peter Anderson – Killed in the Line of Duty – A full-blooded Potawatomi Indian, Peter Anderson was deputized for an Oklahoma County, Oklahoma posse to assist officers in apprehending a cattle rustler. 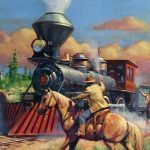 Train Robberies of America – After the Civil War, train robberies began in earnest and lasted up until the 1930s.

Mexican Treasure on the Blue River, Oklahoma – A strongbox filled with gold coins is said to be buried along the Blue River north of Durant, Oklahoma.

Fort Sill, Oklahoma Lost Payroll – In June 1892, a payroll stagecoach was making its way from Wichita Falls, Texas to Fort Sill, Oklahoma, carrying nearly $100,000 in gold and silver coins. Is it still on fort grounds? 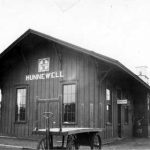 Hunnewell, Kansas – Cow Town to Ghost Town – In the 1880s, Hunnewell, Kansas flourished as a busy shipping point for Texas cattle and like other Kansas Cowtowns, had a bawdy reputation for a time.

Calumet, Oklahoma  – An Old Stretch of Route 66 – Heading west from El Reno, Oklahoma on Route 66, this earliest alignment (1926-1934) of the Mother Road travels through a number of small towns that show the obvious suffering that results from superhighways bypassing small towns.

Geary, Oklahoma –  Bypassed by Route 66 – Geary, Oklahoma is a small town located about 50 miles northwest of Oklahoma City, in Blaine County at the junction of U.S. Highways 270 and 281.

Hydro, Oklahoma  – Home of Lucille’s – Hydro, Oklahoma, located in Caddo and Blaine Counties in the eastern part of the state, is a small town on Route 66.

December Newsletter – Happy Birthday Kit, Mushroom towns of the West, The Valentine Diner and more in this month’s Newsletter.

Chelsea, Oklahoma – Chelsea, Oklahoma,  is a small town of about 1,950 that primarily relies on farming, ranching, and oil production, and was the site of the first oil well in Indian Territory. 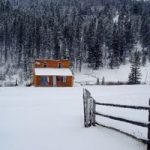 Off the Grid – Our Friend Albert – Albert Hall, a former educator, lawman, and veteran lives in the mountains of Montana, off the grid, with a lifestyle that’s not for everyone.

Saloon Art and Decor – Much like today’s bars, saloon walls were often filled with vendor posters and products, such as whiskey, beer, wine, cigars, and tobacco. Also, commonly seen were posters for area productions, such as theater, musicians, Wild West Shows, circuses, and especially Burlesque. 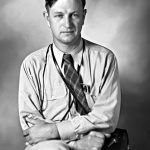 Russell Lee – Historic Photographer – Russell Lee was a photographer and photojournalist who became a member of the team of the federally sponsored Farm Security Administration. 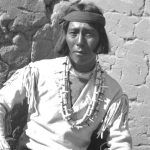 October Newsletter – History of Halloween, a Salute to Veterans, Native American Heritage Month and more in this month’s Legends’ Newsletter.

Bring Civil War History to Life at These Iconic War Sites – Take a Civil War road trip through the south to some of these iconic war sites. (article submitted by Traci Magnus, Dunes Properties) 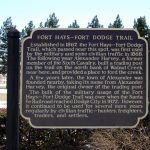 Fort Hays-Fort Dodge Trail, Kansas – The Fort Hays-fort Dodge Trail, established in 1867, was first used by the military, followed by civilian traffic. It continued to be used regularly until the Santa Fe Railroad reached Dodge City in 1872. 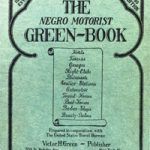 Alice ‘Alse’ Young – First Witch Hanging Victim in Colonial America – Author Beth Caruso discusses what we know, and what we don’t about the first person to be convicted for witchcraft crimes and hanged for it in colonial America. 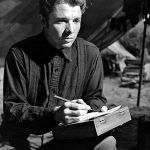 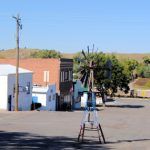 The Curse of the Famous Hope Diamond – The Hope Diamond, one of the most famous jewels in the world, has a history dating back almost four centuries. It is also said to be cursed.

Avilla, Missouri – Avilla has a rich history of Union support during the Civil War and a brief resurgence when Route 66 came through, but today it sits quietly along a ghost town stretch of the Mother Road. 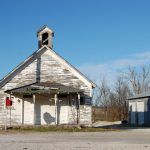 Onwards to Carthage – Heatonville to Plew – Between Heatonville and Avilla on old route 66, there are several ghost towns including Albatross, Phelps, Rescue, and Plew. 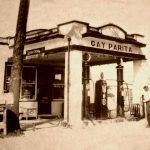 August Newsletter – Tripping Missouri history, what might we have lost without Ohiyesa’s father, the first federal road and more in this months letter. 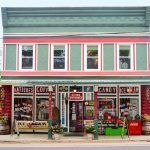 Brigantine Castle, New Jersey – Lost to the Ghosts – Brigantine Castle was once a popular funhouse and haunted house attraction that drew thousands of visitors each year.

Hermann, Missouri – Little Germany – Hermann, Missouri, the county seat of Gasconade County, evolved out of an effort to preserve German culture and traditions in America. 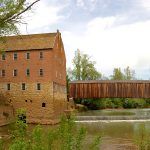 Fox Theatre – Lost in Seattle – The Fox Theatre, once located in downtown Seattle, Washington was described as being “fairy-like in appearance” when it opened. It was demolished in 1992. 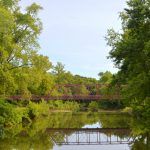 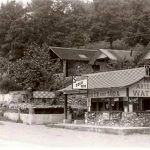 To see what else you might have missed, check out our archive of newsletters here.