The variety of merchandise available at the Aull stores reflected the demand for goods from Santa Fe traders and consumers farther west. Dry goods from the Atlantic seaboard; hardware from Pittsburgh, Pennsylvania; flour from Cincinnati, Ohio; groceries from New Orleans, Louisiana; leghorn bonnets, books, and medicines were among the diversity of items found in these stores. James Aull often selected many of these items on annual winter trips to Philadelphia, New York City, and points in between. He would leave Lexington in January and travel by horseback or wagon to St. Louis by way of Fayette, Missouri; then by stagecoach to Louisville, Kentucky, by way of Vincennes, Indiana; then on to Pittsburgh and, finally, by overland stage to Philadelphia and other eastern destinations. Every winter James Aull traveled east to order merchandise for the stores from wholesalers, especially the Aull’s eastern representative Siter Price and Company in Philadelphia. Most goods were shipped by steamer to New Orleans then up the Mississippi River to St. Louis, then up the Missouri River. Like other traders, the Aulls bore the expense for transporting the goods to Missouri. Combining orders with other traders could reduce the shipping charges from eastern wholesalers. The transportation cost between Missouri and either Santa Fe or Chihuahua was much less, but it was also covered by the traders. James Aull purchased $35,000 worth of merchandise on one of these annual trips east in 1831, while one year later he secured another $45,000 worth of items to serve the expanding western markets for such goods. Since many eastern trading firms extended 12 months’ credit merchants, the Aulls extended six to 12 months’ credit to local customers, many of whom were involved in agriculture. Sometimes it was necessary for the Aulls to get a credit extension from their eastern suppliers due to delays caused by late mail delivery, changing currency, low water levels in rivers, steamboat disasters, and the inability of their customers to repay them for merchandise purchased. Between 1831 and 1836, the Aulls took the lead in building and owning three steamboats, constructing a ropewalk to produce rope from local hemp, and operating a saw and gristmill. James Aull anticipated the Panic of 1837, and despite being able to recover only $500 of the $25,000 owed to his Independence store, the Aulls were able to stay in business on a smaller scale until the economic situation improved. 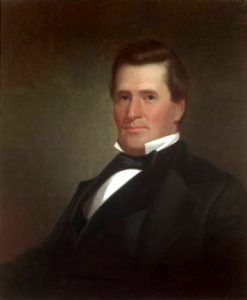 The Aulls also attempted to cultivate a symbiotic relationship with state and national governments for the purposes of trade. To this end, during the Mexican-American War James Aull and Samuel Owens found themselves part of a “TradersBattalion” consisting of two military companies mustered by Colonel A. W. Doniphan, commander of a regiment of Missouri volunteers. Samuel Owens was killed by Mexicans at the Battle of Sacramento while James Aull was stabbed to death on June 23, 1847, by four Mexicans intent on robbing the new outlet store he had just established in Chihuahua. The characteristics of the trail’s travelers changed during the course of the trade. The dangers of trail life and the sense of adventure provoked by accounts of cultural confrontations encouraged some Americans to engage in travel or trade on the Santa Fe Trail.

Many Americans were insatiably curious about the vast unknown western lands and what they viewed as the strange and exotic customs of the Mexican and Indian inhabitants. Some were encouraged to travel west by the opportunity to explore these areas and reap the supposed health benefits. Stories of these adventures were available in newspapers; and, after the 1850s, in popular magazines such as Leslie’s Illustrated and Harper’s Weekly, or dime novels. However, early Santa Fe Trail traffic was not considered pleasurable by many individuals. As Santa Fe Trail traveler, Marion Sloan Russell, echoed in her published memoirs, “the romance came later…largely in retrospect.” The possibility of improved health provided an impetus for some to traverse the trail. George Frederick Ruxton, an English sportsman, noted the health benefits of a trip across the Santa Fe Trail when he wrote the following in 1861:

“It is an extraordinary fact that the air of the mountains has a wonderfully restorative effect upon constitutions enfeebled by pulmonary disease; and of my own knowledge I could mention a hundred instances where persons whose cases had been pronounced by eminent practitioners as perfectly hopeless have been restored to comparatively sound health by a sojourn in the pure and bracing air of the Rocky Mountains, and are now alive to testify to the effects of the reinvigorating climate. Although best known for his book Commerce of the Prairies, Josiah Gregg had many connections to the Santa Fe Trail through his family, and he first joined a caravan in 1831 in an effort to restore his health. Gregg, himself a tubercular dyspeptic, noted that Prairies have, in fact, become very celebrated for their sanative effects – more justly so, no doubt, than the most fashionable watering-places of the North. Most chronic diseases, particularly liver complaints, dyspepsia, and similar affections, are often radically cured; owing, no doubt, to the peculiarities of diet, and the regular exercise incident to prairie life, as well as to the purity of the atmosphere of those elevated unembarrassed regions. An invalid myself, I can answer for the efficacy of the remedy, at least in my own case.” 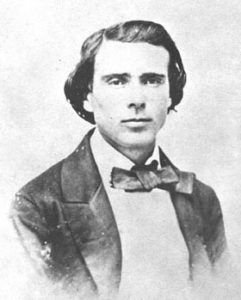 Josiah Gregg was the fifth of eight children. As a young man, he developed an interest in medicine and was sent to medical college in Philadelphia where he became a doctor. After receiving this qualification, he returned to Jackson County, Missouri to practice medicine. Gregg was also aware that the trail had helped relieve some people who had become afflicted with tuberculosis, so he joined a caravan bound for Santa Fe in 1831. He participated in the Santa Fe trade from 1831 to 1840. His book Commerce of the Prairies, which remains one of the most significant accounts of Santa Fe trade, was first published in two volumes simultaneously at New York and London in 1844. This famous account of the Santa Fe trade incorporates details about the history of the trail, statistics of the trade, details of the American Indian peoples encountered along the route, and information about the Mexican people, in addition to a geographical description of the country at that time.

Another individual who became associated with the trail is Kit Carson. Carson traveled the Santa Fe Trail for the first time in 1826 at the age of 16 and was closely associated with the forts along the trail in his later life. His first journey ultimately led Carson to California since en route he met Ewing Young, a western trader, and trapper, whom he accompanied to the Rocky Mountains’ fur country. In 1830, he accompanied a second trading party to the central Rocky Mountains where he lived as a mountain man for the next 12 years. During that time, he married an American Indian and they had a daughter. In 1841, he became a hunter for Bent’s Old Fort in Colorado. While visiting relatives in Missouri in 1842, Carson met Lieutenant John Charles Fremont who enlisted his services as a mountain guide and adviser on two expeditions westward. Carson served in California during the Mexican-American War and was a guide for the Army under the command of General Stephen Watts Kearny on its route to California.