Much glamour and romance have been thrown around the figure of the cowboy. He was not the dashing and chivalric hero of the burlesque stage, in gorgeous sombrero and sash, nor was he the drunken, fighting terror of the dime of character that his business induced. The cowboy lived a hard life. For months he never saw a bed, nor slept beneath a roof. He seldom had access to a newspaper or book and had none of society’s advantages to lift him to higher things. The roughest of the West’s immigrants, as well as many Mexicans, drifted into the business because of its excitement and good wages, and this class, by its excesses, gave the world its standard for all. With the influences of actual contact with bucking bronco ponies and ferocious Texas steers, themselves by no means elevating, added to the temptations of the cattle towns, all the worst in the herder’s nature was sure to be brought out. But hundreds of cowboys were sons of Christian parents, and when they had made a start in life settled down at last as good citizens of the great West they had helped to develop.

The cowboy with his white, wide-rimmed hat, his long leather cattle whip, his lariat, and his clanking spurs is a thing of the past. The great Texas ranches are enclosed with barbed wire fences, and a genuine Texas steer would attract almost as much attention in the old cattle towns as a llama. Abilene, Ellsworth, Newton, and Dodge City are busy little cities surrounded by rich farming communities and with churches, schools, electric lights, and other evidences of modern civilization. No trace of the old life remains, except some weather-stained and dilapidated buildings, pointed out to the stranger as having been saloons where Wild Tom, Texas Sam, or other strangely named characters, killed men unnumbered “during the cattle days.”

The cattle trails were in a measure educative. They brought the north and south of the Mississippi Valley into close business relations, a condition which was to the advantage of both. But the life that surrounded them could not endure. The homes of thousands of settlers have preempted the grazing grounds. Railroads are ten times more numerous than were the trails, and like the cavalier, the troubadour, the Puritan, and the “Forty-niner,” the cowboy and his attendant life have become but figures in history.

By Charles Moreau Harger, 1892. Compiled and edited by Kathy Weiser/Legends of America, updated May 2015.

Author and Notes: Cattle Trails of the Prairies, written by Charles Moreau Harger in 1892 appeared in Scribner’s Magazine, volume 11, Issue 6, June, 1892; Charles Scribner’s Sons; New York, NY. The article is not verbatim as it has been edited for clarification, corrections, and ease of the modern reader. 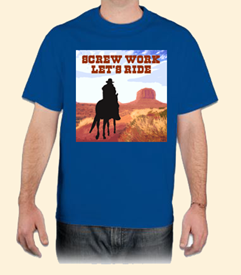 The Chuck Wagon – The Real Queen of the Cattle Trail