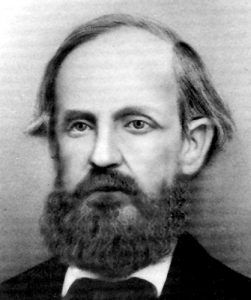 To Brigham Young, as governor and superintendent of Indian affairs, belonged the duty of ordering an investigation into the circumstances of the massacre and of bringing the guilty parties to justice. His reasons for evading this duty are best explained in his own words. In his deposition at the trial of John D. Lee, when asked why he had not instituted proceedings, he thus made answer: “Because another governor had been appointed by the president of the United States, and was then on the way here to take my place, and I did not know how soon he might arrive; and because the United States judges were not in the territory. Soon after Governor Cumming arrived I asked him to take Judge Cradlebaugh, who belonged to the southern district, with him, and I would accompany them with sufficient aid to investigate the matter and bring the offenders to justice.”

The Mormons concerned in the massacre had pledged themselves by the most solemn oaths to stand by each other, and always to insist that the deed was done entirely by Indians. For several months it was believed by the federal authorities that this was the case; when it became known, however, that some of the children had been spared, suspicion at once pointed elsewhere, for among all the murders committed by the Utahs, there was no instance of their having shown any such compunction.

Moreover, it was soon ascertained that an armed party of Mormons had left Cedar City, had returned with spoil, and that the Indians complained of being unfairly treated in the division of the booty. Notwithstanding their utmost efforts, some time elapsed before the United States officials procured evidence sufficient to bring home the charge of murder to any of the parties implicated, and it was not until March 1859 that Judge Cradlebaugh held a session of court at Provo. At this date only six or eight, persons had been committed for trial, and were now in the guard-house at Camp Floyd, some of them being accused of taking part in the massacre and some of other charges.

Accompanied by a military guard, as there was no jail within his district and no other means of securing the prisoners, the judge opened court on the 8th. In his address to the grand jury he specified a number of crimes that had been committed in southern Utah, including the massacre. “To allow these things to pass over,” he observed, “gives a color as if they were done by authority. The very fact of such a case as the Mountain Meadows shows that there was some person high in the estimation of the people, and it was done by that authority…You can know no law but the laws of the United States and the laws you have here. No person can commit crimes and say they are authorized by higher authorities, and if they have any such notions they will have to dispel them.” he grand jury refused to find bills against any of the accused, and, after remaining in session for a fortnight, were discharged by Cradlebaugh as “a useless appendage to a court of justice,” the judge remarking: “If this court cannot bring you to a proper sense of your duty, it can at least turn the savages held in custody loose upon you.”

Judge Cradlebaugh’s address was ill advised. The higher authority of which he spoke could mean only the authority of the church, or in other words, of the first presidency; and to contemn and threaten to impeach that authority before a Mormon grand jury was a gross judicial blunder. Though there may have been cause for suspicion, there was no fair color of testimony, and there is none yet, that Brigham or his colleagues were implicated in the massacre.

Apart from the hearsay evidence of Cradlebaugh and of an officer in the army of Utah, together with the statements of John D. Lee, there is no basis on which to frame a charge of complicity against them. That the massacre occurred the day after martial law was proclaimed, and within two days of the threat uttered by Brigham in the presence of Van Vliet; that Brigham, as superintendent of Indian affairs, failed to embody in his report any mention of the massacre; that for a long time afterward no allusion to it was made in the tabernacle or in the Deseret News — the church organ of the saints — and then only to deny that the Mormons had any share in it; and that no mention was made in the Deseret News of the arrival or departure of the emigrants; — all this was, at best, but presumptive evidence, and did not excuse the slur that was now cast on the church and the church dignitaries.

“I fear, and I regret to say it,” remarks the superintendent of Indian affairs, in August 1859, “that with certain parties here there is a greater anxiety to connect Brigham Young and other church dignitaries with every criminal offence than diligent endeavor to punish the actual perpetrators of crime.”

Notwithstanding the contumacy of the grand jury, Cradlebaugh continued the sessions of his court, still resolved to bring to justice the parties concerned in the Mountain Meadows Massacre, and in crimes committed elsewhere in the territory. Bench-warrants, based on sworn information, were issued against a number of persons, and the United States marshal, aided by a military escort, succeeded in making a few arrests.

Among other atrocities laid to the charge of the Mormons was one known as the Aiken massacre, which also occurred during the year 1857. Two brothers of that name, with four others, returning from California to the eastern states, were arrested in southern Utah as spies, and, as was alleged, four of the party were escorted to Nephi, where it was arranged that Porter Rockwell and Sylvanus Collett should assassinate them. While encamped on the Sevier River they were attacked by night, two of them being killed and two wounded, the latter escaping to Nephi, whence they started for Salt Lake City, but were murdered on their way at Willow Springs. Although the guilty parties were well known, it was not until many years later that one of them, named Collett, was arrested, and in October 1878 was tried and acquitted at Provo. All the efforts of Judge Cradlebaugh availed nothing, and soon afterward he discharged the prisoners and adjourned his court sine die, entering on his docket the following minute: “The whole community presents a united and organized opposition to the proper administration of justice.”