Monahans – Established in 1881 as a railroad stop, but remained a small settlement until oil was discovered in the area in 1926. Today the city is the Ward County seat and a financial and marketing center for cattle and oil. It has a population of about 6,800 people. 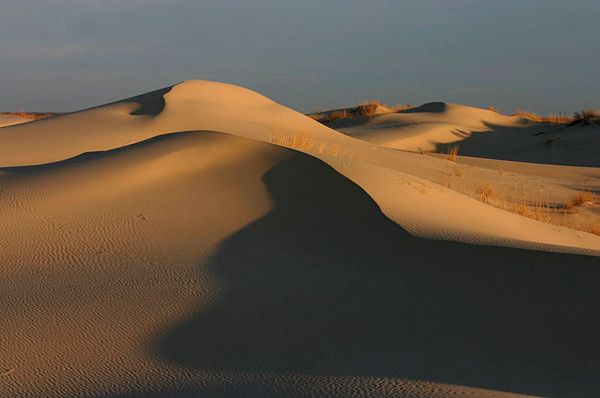 The Million Barrel Museum – A 14.5 acre site of historic exhibits including a 1928 oil storage tank, the original Monahans Jail, a section of railroad track with a vintage caboose, an eclipse windmill, display of antique farm equipment, and more.

Monahans Sandhills State Park – These sand dunes are only a small part of a larger 200-square-mile dune field that stretches into New Mexico. Includes dunes that rise as high as 70 feet.

West Odessa – West Odessa is on the western edge of Odessa and Monahans Draw in central Ector County. It was named for its proximity to Odessa and was settled primarily from 1979 to 1982, the years of the last oil boom. Its population today is about 18,000.

Odessa – The county seat of Ector County, Odessa was founded as a water stop and cattle shipping point on the Texas and Pacific Railway. The first post office opened in 1885. It remained a small town until the opening of the Penn Field in 1929, and the Cowden Field in 1930. Today it has a population of nearly 100,000 people.

Ellen Noel Art Museum – An independent art museum located on the campus of the University of Texas of the Basin, it features rotating exhibitions of historical and contemporary art

Odessa Meteor Crater – Approximately 550 feet in diameter, the crater is the second largest in the nation. It is the result of a barrage of meteors crashing to the earth some 20,000 to 50,000 years ago. Located about 10 miles west of Odessa. Parker House Ranching Museum – It represents the lifestyle of a prominent ranching family, who served the communities of Andrews and Ector counties since 1907.

Petroleum Museum – The Museum tells the story of petroleum and the rugged lives of men and women who sought a better life.

Presidential Museum and Leadership Library – Contain information on each of the presidents and many documents and paraphernalia relating to their lives and time in office.

White-Pool House Museum – Built in 1887, it is the oldest structure of importance in Odessa. Exhibits provides visitors an opportunity to view and learn about different periods in Odessa ‘s history. The barn replica gives a view of early ranching life.