Iraan – Situated in the vast area of the Permian Basin of West Texas, where Dinosaurs once roamed, Iraan was an oil boomtown, which developed quickly after the discovery of the gigantic Yates Oil Field, in 1926. Called home to about 1,200 people, the correct pronunciation is “Eye-ruh-ann.” It was named for Ira and Ann Yates, owners of the ranchland upon which the town was built.

Alley Oop Park and Museum – A playground and museum dedicated to V.T. Hamlin, who lived in Iraan when he created the Alley Oop comic strip.

Sheffield – Situated along the old San Antonio-El Paso Road, the site was long popular because of the Pecos Spring and the Pecos River. However, a town wasn’t formed until 1898. It boomed with other area towns in the 1920s. Today, it is called home to about 600 people. 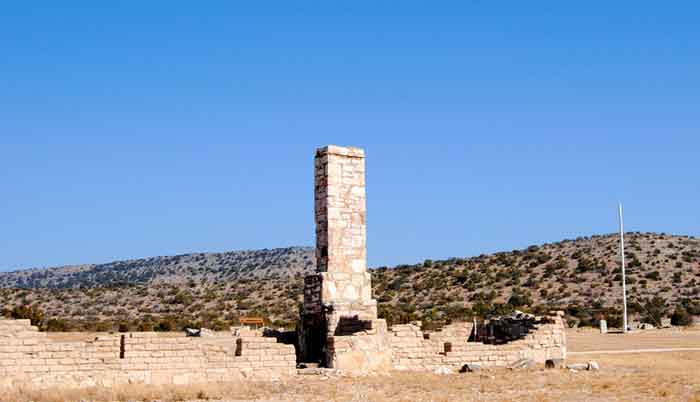 Ozona – Called the “Biggest Little Town in the World,” Ozona is the county seat of Crockett County and called home to about 3,500 people. Surrounded by vast ranching and oil lands, the area is known for its wool production.  Though the county seat, it is interesting that the town of Ozona is unincorporated, meaning there is no city government and no city taxes are levied.

David Crockett Monument – Located on 11th Street on the town square, it honors the Alamo hero.

Historic buildings include the 1902 Crockett County Courthouse, the 1892 Crockett County Jail, the 1912 Heritage Building which once served as a school, the 1905 Ozona National Bank building, and others. 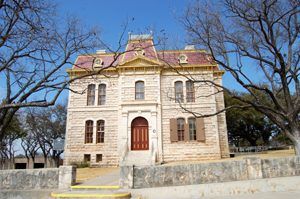 Sonora – Established in 1889, the pioneering spirit of the town’s early settlers is commemorated all over the community with Historical Markers and a variety of historic sites & museums. The county seat of Sutton County, it is called home to about 3,000 people. Sonora is the site of the famed Will Carver shootout and the city’s Old Sonora Ice House Ranch Museum features the gun that brought the outlaw down along with a number of historic relics. Interestingly, Senora evidently works hard to eliminate any lawlessness of its Old West days, as it is one of the leading speed trap cities in West Texas, averaging more than 48,000 citations per year, which amounts to over 10 per year per capita.

Eaton Hill Wildlife Sanctuary – A 37-acre nature park offering over 3 miles of hiking trails and showcasing a diverse array of plant and wildlife.

Miers Home Museum – Built in 1888, this home was only the fifth structure built in Sonora. It is now a museum containing artifacts and memorabilia from Sonora’s past.

Veteran from All Wars & Pioneer Ranch Women Museum – The veterans’ museum spotlights its stories, photos, military equipment, letters, and uniforms. Pioneer Ranch Women Museum tells the stories of the women who moved to the area with their husbands and children. It features photos, clothing, postcards, and information on how they lived and worked on ranches in Sutton and surrounding counties.

Roosevelt – A virtual ghost town today, Roosevelt never supported more than about 150 people. It was established in 1898 and was named for Theodore Roosevelt, who reportedly visited the area with the Rough Riders. The town today is called home to only about 15 people. 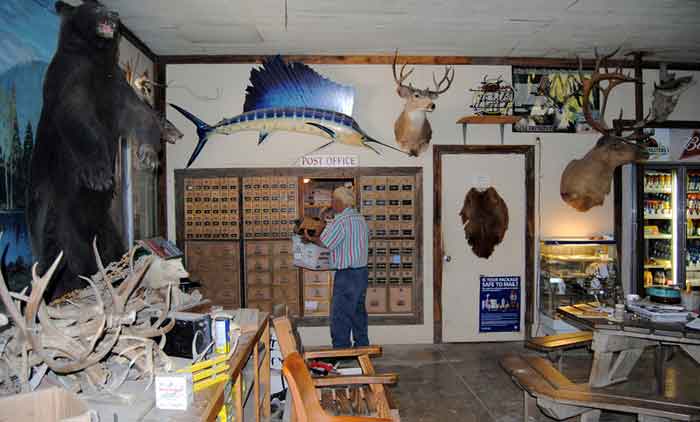 Simon Bros Mercantile – Step back in time at this general store that hasn’t changed much since the early 1900s when Uncle Ben F. Simon owned it. It also includes a café.

Nearby:  Fort McKavett – 30 miles north of Roosevelt. Remains of a 150-year-old fort beckon visitors to what is now considered one of the best-preserved and most intact examples of a Texas Indian Wars (1850-1875) military post.

Junction – Called the “Land of Living Waters” for the hundreds of natural springs in the area, Junction got its start in 1876 after the formation of Kimball County. The county seat, Junction now boasts about 2,600 residents.

South Llano River State Park – Known for water and wildlife, is located on the western edge of the Edwards Plateau just south of Junction. Visitors can hike and go birding on the trails or head back to the river deemed by the Lower Coloroda River.