One aspect of the healing practices with individuals is that it was considered a private matter between the healer and the patient. In addition, the preferences of the patient are always respected within his or her cultural traditions. 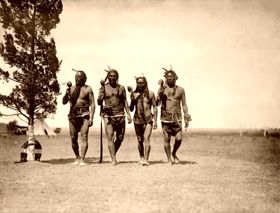 Symbolic healing rituals and ceremonies were often held to bring participants into harmony with themselves, their tribe, and their environment. Ceremonies were used to help groups of people return to harmony, but not used for individual healing. Varying widely from tribe to tribe, some tribes, such as the Sioux and Navajo used a medicine wheel, a sacred hoop, and would sing and dance in ceremonies that might last for days.

For individuals, healers might also use dancing, painting, changing, drumming, feathers, and rattles in their rituals. Sometimes sacred stones were rubbed over the part of the person’s body.

For purification and purging, Native Americans often utilized sweat lodges or sweat baths. Used for healing and balancing, it also was thought to help rid evils and revitalize the body.

These baths could range from simply laying under a blanket in the hot sun, to small conical structures that were covered by branches and blankets or hides. Inside the lodge, hot stones were covered with water to create a steam bath and here the healer might pray, sing, or drum together to purify the spirits.

Sweat lodges were utilized for multiple purposes, sometimes simply to help heal an individual, and sometimes for greater numbers of people before spiritual ceremonies or to bring clarity to a problem. In some cultures, sage, the strongest cleansing herb, was burned until it smoldered and gave off clouds of smoke. Called “sweeping the smoke,” it was smudged onto the skin and was thought to purify the body and soul. 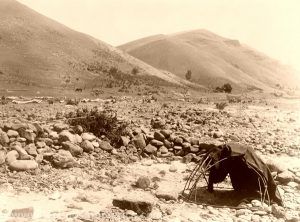 Beginning in 1882, the Federal Government began to work towards banning Native American Religious Rights, which also impact their medical practices. U.S. Interior Secretary Henry M. Teller ordered an end to all “heathenish dances and ceremonies” on reservations due to their “great hindrance to civilization.” This was further supported the following year by Hiram Price, Commissioner of Indian Affairs, when his 1883 report stated:

These attempts to suppress the traditions of Native Americans eventually led to the Massacre at Wounded Knee on December 29, 1890, when the government attempted to stop the practice of the “Ghost Dance,” a far-reaching movement that prophesied a peaceful end to white American expansion and preached goals of clean living, an honest life, and cross-cultural cooperation by Native Americans. When the Seventh U.S. Cavalry, was sent into the Lakota Sioux’s Pine Ridge and Rosebud Reservations to stop the dance and arrest the participants., approximately 150 Native American men, women, and children were killed.

Though charges of killing innocents were brought against members of the Seventh Calvary, all were exonerated. Just two years later, further measures were taken to suppress Native religions, when Commissioner of Indian Affairs Thomas J. Morgan ordered penalties of up to six months in prison for those who repeatedly participated in religious dances or acted as medicine men. However, these new laws were almost impossible to enforce and the Native Americans continued their customs.

Before 1900, Native Americans depended on their medicine people for all illnesses and injuries. However, that began to change in the early 20th century as hospitals and clinics were opened by the Indian Health Service. Though the old traditions of spiritual harmony remained a part of their culture, many Native Americans began to use modern medicine, especially in helping to heal “white-man” diseases, for which their healers had no medicine.

Amazingly, the ban against Native American spiritual rituals continued to be in place until the 1978 passage of the American Indian Religious Freedom Act. Unfortunately due to the decades of the ban, many of Native American healing practices were driven underground or lost entirely.

Today, many tribes continue to guard the knowledge of their medicine people and will not discuss the topic with non-Indians. Some believe that sharing healing knowledge will weaken the spiritual power of the medicine.

Today, the tide of medical theory has begun to swing back towards an approach that recognizes and respects every aspect of the individual, including his or her mental and spiritual states. As a result, Native American medical practices are once again becoming popular with natives and non-natives alike.

Many are concerned about the toxicity, addictive properties, and side effects of pharmaceutical products and are turning to natural herbal remedies. Quality Native American products have often been developed and used over many centuries to deal with various illnesses. While not universally true, herbal remedies tend to be far less toxic and have far fewer disagreeable side effects than many prescription drugs. When choosing herbal remedies, look for carefully controlled and formulated products that use the highest quality organic ingredients and strict pharmaceutical levels of manufacturing.

Like any other medication, herbal products should be used appropriately. Follow directions and use in the proper form and at the proper dosage level. 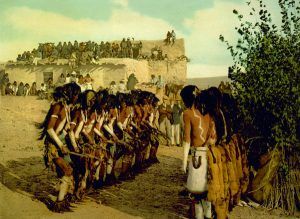