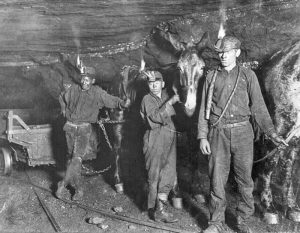 The Hawks Nest Coal Company strike in January 1880 was the first of many coal mining strikes in West Virginia.

Soon after the Chesapeake & Ohio Railroad was completed in 1873, coal mines began springing up in the New River Gorge region surrounding Ansted. The nearby Hawks Nest mine was one of the earliest. In 1872, the Gauley-Kanawha Coal Company was organized by Dr. David T. Ansted and George W. Imboden. The following year they opened a mine just below the summit of Gauley Mountain and in 1875 changed the name to the Hawks Nest Coal Company. A system of mine car tramways was used to transport the coal from Ansted down to the railroad cars at the bottom of the gorge.

The strike began when operators in Coal Valley (now Montgomery) told their union miners that they were being hurt by competition by non-union workers at the nearby Hawks Nest mine. As a result, the miners from Coal Valley then stopped miners at Hawks Nest from working and threatened them with bodily harm if they returned to work.

Several Coal Valley miners were charged in Fayette County Civil Court with intimidation and unlawful interference with Hawks Nest miners and placed under a peace bond.

This was the first time West Virginia militia was used to stop a coal mine strike and set a president to handle future mine strikes. This practice would be repeated in other West Virginia strikes in 1894, 1902, and 1912.

Several men who were involved in the strike later became prominent. Lawyer and future governor Emanuel Willis “Windy” Wilson defended the strikers in the Fayette County circuit court. Major John W. M. Appleton, the militia commander at Hawks Nest and previously a white officer in the 54th Massachusetts Regiment, the famous black regiment in the Civil War, later became West Virginia adjutant general. Seeing the advantages of having a militia company to control strikers, William Nelson Page formed Company C of the 2nd Regiment of the West Virginia National Guard and served as its captain. 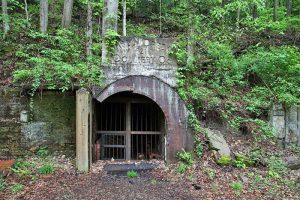