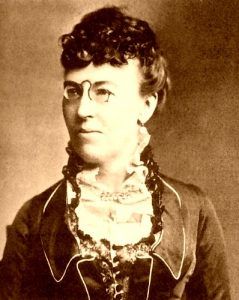 In July 1877, Horace and Augusta built a house and moved to Leadville, where they ran a grocery and supply store. Horace, elected as Leadville’s first mayor, also served as postmaster. In the spring of 1878, while Tabor was working in the store, two German prospectors asked if he would grubstake a claim. It was not the first time that Tabor had grubstaked miners and he provided them with $17.00 in provisions that first day, and additional supplies on two more occasions for a total of $54.00. For the provisions, the miners promised Tabor a one-third interest in any ore produced by their finds. The German prospectors located a claim on Fryer Hill, which they named the Little Pittsburgh and began to dig a shaft. 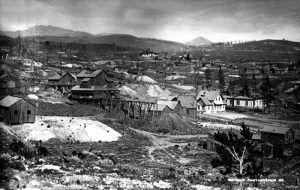 The Little Pittsburg Mine in 1882.

On April 15, 1878, Tabor’s generosity hit pay dirt when the two miners – August Rische and George Hook, announced to Tabor that they had found silver in the Little Pittsburgh Mine. By July, nearly a hundred tons of ore had been taken from the mine and each of the three partners had an income of fifty thousand dollars a month. In the fall, Hook sold out to Tabor and Rische for $98,000 and later Rische sold his interest to Jerome Chaffee and David Moffat for over a quarter of a million dollars.

Tabor held on to his share and consolidated his claim with other partners on Fryer Hill. Horace was quickly becoming the acknowledged leader of the silver mining community around Leadville. The consolidated group shared four million dollars before Horace sold his interest for one million. Horace went on to own partial stakes in several other successful mines, including the Chrysolite which he bought with Marshall Fields of Chicago, the mine yielding 3 million dollars before Tabor sold his interest for 1 ½ million. In 1879, he purchased the Matchless Mine for $117,000, the first he owned entirely by himself. For quite some time, there truly was no mine that was its “match” as it produced up to $2,000 per day in high-quality silver ore.

Continuing in his generous spirit, Tabor provided Leadville with two newspapers, a bank and a handsome opera house within the next two years. However, Augusta was not happy with “striking it rich,” and any differences between the two were exacerbated by the outrageous wealth Horace’s mines deposited in their lives. Though Augusta was no stranger to comfort, she could not deal with such immense, unlimited resources. Her admonitions to save and spend carefully now seemed silly to Horace, who could not spend his money as fast as he accumulated it. After all the years of hardscrabble and toil, Horace, who was almost 50 years old, wanted to live it up. However, Augusta took no pleasure in their sudden riches, refusing to change the way she dressed or her personal behavior. 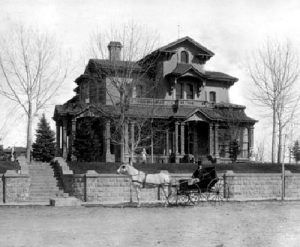 When Horace built a palatial mansion in Denver, she refused to live upstairs in the master bedroom, instead preferring the servants quarters next to the kitchen. She also kept a cow tethered to the front door, which she insisted on milking herself. Horace, who by then had been made the Lieutenant Governor of the state, was embarrassed. He wanted to live in a style befitting his station, but Augusta only scoffed at such statements.

With all the tension at home, Tabor’s eyes began to stray. His newfound wealth and power brought him much attention, and he loved to spend money on beautiful women and lavish them with gifts. In a chance meeting at the old “Saddle Rock Cafe” in 1880, the “Silver King”, for which he was by then known, met the beautiful Elizabeth McCourt “Baby” Doe, and both of their lives would change forever.

Baby Doe Tabor made her mark on Colorado history as the bold girl from Oshkosh, Wisconsin who ignored conventional Victorian attitudes of feminine modesty. How Baby Doe made her dreams come true may have irked Denver’s high society at the time, but today she is celebrated for being an individualist-and a dreamer of the great American Dream. 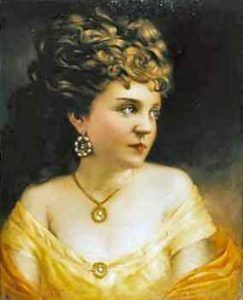 “Baby” Doe was born Elizabeth Bonduel McCourt on October 7, 1854, in Oshkosh, Wisconsin, to Peter McCourt, Sr. and Elizabeth “Lizzie” Nellis. She was said to have been the prettiest of seven children and displayed a lively and independent spirit with a tomboy disposition and the face of a cherub. She was called “Lizzie” by her family, after her mother. In the winter of 1876, she won a Church figure skating contest, which was unheard of for a girl. The contest brought her to the attention of Harvey Doe, Jr. and the two began to court. Harvey’s mother highly disapproved of the relationship due to Lizzie’s being Catholic, as well as “beneath” the Does economically. Despite her objections, the two continued to date and eventually became engaged. Harvey was the only son raised in an affluent family, where he had been coddled and spoiled by his mother and his four sisters. However, Lizzie thought he was a sweet man and the two were married a short time later in 1877. Harvey’s father owned a half interest in the Fourth of July Mine in Central City and the young newlyweds set off on a new life of adventure. “We’ll go west and make our fortune overnight in gold. People do it all the time out there!” said Harvey. 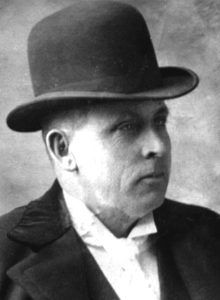 In the rough and tumble mining community, Lizzie’s beauty and lively spirit brought her considerable attention from the mostly male mining population. Harvey, not accustomed to hard work, was having a difficult time making the mine profitable, which eventually forced Lizzie to don miner’s clothes and work alongside him. In the unliberated settlement, this caused her to become the brunt of much gossip and raised eyebrows. Gossip notwithstanding, she was still a favorite and was given the nickname “Baby” Doe – the miner’s sweetheart, which followed her for the rest of her life.

Meanwhile, Harvey fell into debt, their Fourth of July Mine paid less than hoped, and their three-year marriage started to falter. Baby Doe was to find that Harvey was a poor provider, being both lazy and a procrastinator. Finally, Harvey was forced to take a job mucking in the Bobtail Tunnel, and they moved to Blackhawk, where the rent was cheaper. Lizzie was left home with little to occupy her time, no friends, and living in poverty.

Harvey worked night shifts and came home so exhausted; he did little of nothing other than writing long letters to his mother. The rift between the two widened into a chasm when Harvey lost his job and began to drift from camp to camp, leaving Lizzie at home for long periods at a time. With little to occupy her time, Lizzie took long walks entertaining herself by looking longingly in the windows of the shops. Finally, she made a friend of Jacob Sandelowsky, a successful clothing merchant and part owner of the Sandelowsky-Pelton store in Central City.