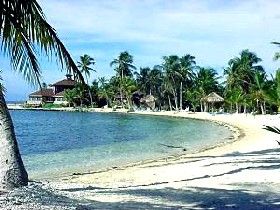 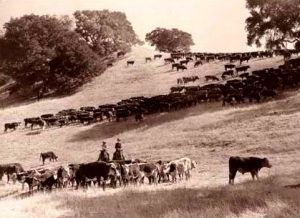 While Mexico controlled California, large rancher owners oversaw development of the commercial property, homes, and land in Orange County for their own commerce. During that time an influx of United States Americans from the Midwest and Eastern United States began to colonize the West. There were disturbances between Mexican provincial administrators and the United States citizens. Soon thereafter the United States and Mexico were in a war.

The Mexican-American War lasted from 1846 to 1848. The Mexican government fled as US troops advanced and on February 2, 1848, the Treaty of Guadalupe Hidalgo was signed in which the Mexican government sold 55% of its territory, including Arizona, California, New Mexico, Texas, and parts of Colorado, Nevada, and Utah for $15 million to compensate for war damages. California became the 31st state of the United States. A year later in 1849, the California Gold Rush began.

After California became part of the United States, any landowner who did not have paperwork for their ownership lost possession of their land. Most landowners lost their land since Spain and Mexico did not normally provide adequate paperwork to show proper boundaries for the land in California. The U.S. government then took the land and sold it back at very affordable rates to local farmers and pioneers from the Eastern and Midwestern states who came to California. 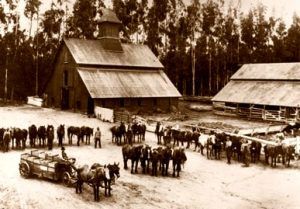 In 1862, a horrendous set of natural disasters struck Orange County and changed everything. First, a flood swept through the region and set up the perfect conditions for a massive plague academic which became a smallpox outbreak that killed many Americans. Not long afterward within the same year, a massive drought dried up all of Orange County crops and cattle ranches. The once rich ranchers who received land from the Mexican and Spanish government from before the Mexican American War lost all of their cattle and were forced into bankruptcy by huge interest rates set by merciless North American businessmen at a rate of 3% interest due per month on average. Local farmers also went bankrupt and lost their land. 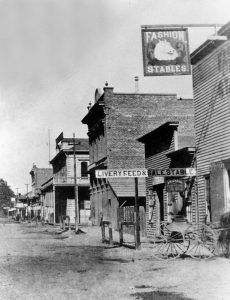 Between 1863 and 1888 Orange County entered a “boomtown” period where settlers, developers, investors, farmers, ranchers, and locals built up the cities and communities that we now have today. James Irvine bought the Irvine Ranch, then about one-fifth of the total amount of real estate in Orange County. Anaheim became the first city in Orange County to incorporate in 1876. Santa Ana was formed out of a mustard field found by William Spurgeon after he bought 74 acres and sold then a piece at a time beginning a year after he bought the land in 1869. Westminster was founded by Presbyterian minister Lemuel P. Webber in 1870. Orange was founded by Chapman (Chapman University in Orange was named in his memory) and Glassell. Newport, Fullerton, and Buena Park were established between 1874-1888.

In 1888 the state of California recognized the County of Orange. Orange County came into being at this time because the people of the three incorporated cities of Santa Ana, Anaheim, and Orange with a total population of 13,000 convinced California legislatures that Los Angeles County was not giving enough resources to aid the people in the south part of Los Angeles County. There were far fewer city infrastructures than were in Los Angeles County cities, including fewer roads and bridges that were needed. 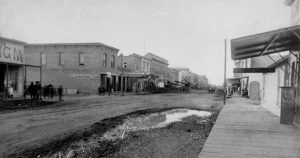 Santa Ana, with a population three times that of Anaheim, lobbied to have the main county building in their city and to be the county seat. Santa Ana tried to create a county line at Coyote Creek, but when the people of Anaheim found out they pushed for legislators to make the boundary farther out at the San Gabriel River because they did not want Santa Ana to be the county seat. Legislators agreed to set it at the Coyote Creek which infuriated the people of Anaheim and turned them against having a county separate from Los Angeles. The state agreed to hold elections to decide on whether there would be a new county for the people of Anaheim, Santa Ana, and Orange. $50,000 was given by people from Orange County so they could be recognized. State government officials passed a measure soon after through the house and senate to establish Orange County. Votes cast by Orange County residents were 2,509 votes in favor of having their own county to 500 votes which opposed. 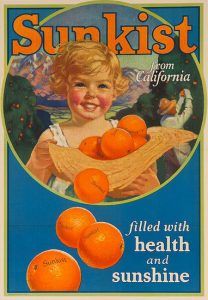 Next, a second election was held to determine whether Orange or Santa Ana would be the county seat. Santa Ana won 1,729 votes to 775. The majority of Anaheim registrants did not vote since their city was not placed on the ballot. The first baby born in Orange County was recorded in 1889; his name was Francis A. Edwards.

In the late 1800s, after Orange County was established, infrastructure and commerce increased at a faster pace. Santa Ana opened the first high school of Orange County in 1891. In 1893, Fullerton became home of the Fruit Exchange which later turned into Sunkist. In 1894, San Juan Capistrano connected Orange County to Los Angeles by train and the Union Oil Company which is currently known as Unocal (or Unocal 76) bought large acreages of land with oil known as the Brea-Olinda Oilfield. The first county jail was built in Santa Ana in 1896 under a jewelry shop the same year that Los Alamitos became known as the sugar beet town, and James McFadden developed Balboa, Lido and Harbor Islands. 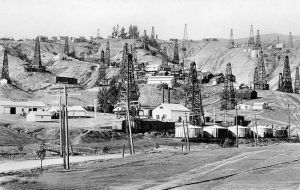 In 1899 the large Edison Electric Company bought out the Santa Ana Gas and Electric Company. In 1901 Philip Stanton found Pacific City, later known as Huntington Beach. In the same year, 10 attorneys came together and formed the Orange County Bar Association. In 1902 Santa Ana Valley became the first hospital of OC. In 1903 Philip Stanton found Bay City which is now Seal Beach. The Pacific Electric Railway known as the Red Car connected Huntington Beach real estate to Seal Beach real estate in 1904 and reached Newport and Santa Ana in 1905. In 1908 US President Theodore Teddy Roosevelt renamed the Trabuco Canyon Reserve the Cleveland National Forest after former President Grover Cleveland. In 1911 Stanton incorporated to dodge becoming a place for sewage and then unincorporated in 1924. The first avocado grove was planted in 1913 in Yorba Linda by John T. Wheeden. In 1913 Fullerton Junior College becomes the first junior college of the county. In 1914 108 miles of road were marked for construction from municipal bond money. Cities and municipalities grew in Orange County from 1917 to 1929.