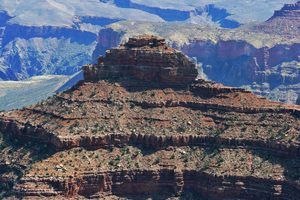 In the 1870s and 1880s, miners began to stake claims in the canyon, hoping that previously discovered deposits of asbestos, copper, lead, and zinc would be profitable. However, access to the canyon and problems removing the ore made exercise not worth the effort.  However, the mining activities did much to improve on the already existing Indian trails within the canyon.

During these early years of the canyon’s exploration, the Indians continued to live in and near the great chasm up until 1882. It was at this time that the United States Army began to move them onto reservations, bringing an end to the Indian Wars. The Havasupai and Hualapai are descended from the Cerbat and still live in the immediate area. Havasu Village, in the western part of the current park, is likely one of the oldest continuously occupied settlements in the contiguous United States. Adjacent to the eastern part of the park is the Navajo Nation, the largest reservation in the United States.

A rail line to the largest city in the area, Flagstaff, was completed in 1882 by the Santa Fe Railroad. The following year, stagecoaches began bringing tourists to the canyon from Flagstaff — an eleven-hour journey.

The two-room Farlee Hotel opened in 1884 near Diamond Creek and was in operation until 1889, when the owner, Louis Boucher opened a larger hotel at Dripping Springs. John Hance opened his ranch near Grandview to tourists in 1886 only to sell it nine years later in order to start a long career as a Grand Canyon guide and in 1896 he became the local postmaster. 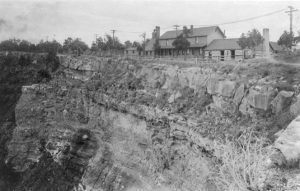 William Wallace Bass opened a tent house campground in 1890. Bass Camp had a small central building with common facilities including a kitchen, dining room, and sitting room. Located 20 miles west of the Grand Canyon Railway, the rates were $2.50 per day and his stagecoach road was used to carry patrons from the train station to the camp.

The Grand Canyon Hotel Company was incorporated in 1892 and charged with building services along the stage route to the canyon.

On February 20, 1883, President Benjamin Harrison established the Grand Canyon as a National Forest preserve which offered some protection for the environment, though logging and mining were still allowed. 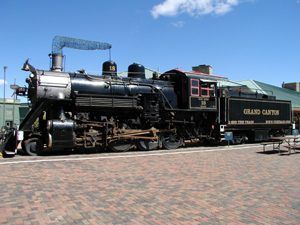 The first automobile was driven to the Grand Canyon in 1902 when Oliver Lippincott from Los Angeles, California, drove his car to the South Rim from Flagstaff. Lippincott, a guide, and two writers set out on the afternoon of January 4th anticipating a seven-hour journey. Two days later, the hungry and dehydrated party arrived at their destination; the countryside was just too rough for the 10 horsepower auto.

In 1903, the Cameron Hotel opened and its owner began to charge a toll to use the Bright Angel Trail.

The Kolob Brothers, Emery and Ellsworth, built a photographic studio on the South Rim at the trailhead of Bright Angel Trail in 1904. Hikers and mule caravans intent on descending down the canyon would stop at the Kolob Studio to have their photos taken. The Kolob Brothers processed the prints before their customers returned to the rim. Later the Kolob Brothers would be the first to make a motion picture of a river trip through the canyon. 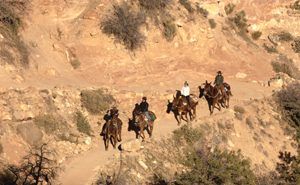 The Fred Harvey Company developed the luxury El Tovar Hotel on the South Rim in 1905. The hotel was named for Don Pedro de Tovar who tradition says is the Spaniard who learned about the canyon from the Hopi and told Coronado about it. Charles Whittlesey designed the arts and crafts-styled rustic hotel complex, which was built with logs and local stone at a cost of $250,000 for the hotel and another $50,000 for the stables. The El Tovar was owned by Santa Fe Railroad and operated by its chief concessionaire, the Fred Harvey Company.

A cable car system spanning the Colorado River went into operation at Rust’s Camp, located near the mouth of Bright Angel Creek, in 1907. 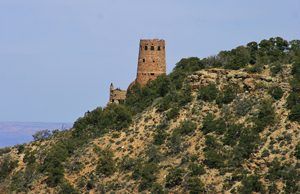 The watchtower was completed in 1932. Photo by David Fisk

In the late 1920s, the first rim to rim access was established by the North Kaibab suspension bridge over the Colorado River. Paved roads did not reach the less popular and more remote North Rim until 1926, and that area, being higher in elevation, is closed due to winter weather from November to April. 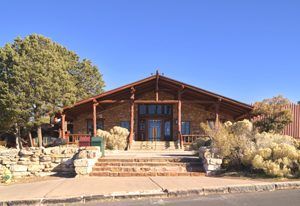 The Grand Canyon Lodge opened on the North Rim in 1928. Much of the lodge was destroyed by fire in the winter of 1932; however, it was rebuilt and reopened in 1937. Bright Angel Lodge and the Auto Camp Lodge opened in 1935 on the South Rim.

Trains remained the preferred way to travel to the canyon until they were surpassed by the automobile in the 1930s. Finally, competition with the automobile forced the Santa Fe Railroad to cease operation of the Grand Canyon Railway in 1968. Only three passengers were on the last run. However, the railway was restored and reintroduced service in 1989 and has since carried hundreds of passengers a day.

Today, about five million people visit the more than 1,900 square miles of the Grand Canyon National Park each year. While at the park, you can enjoy its numerous hiking trails, mule rides down the Bright Angel Trail, river rafting, fishing, and camping. There are also about 2,000 known Ancient Puebloans archaeological sites in park boundaries. Numerous visitors’ centers provide information, and lodging and restaurants are located within the park. 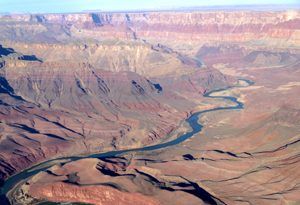 Aerial view of the Colorado River as it winds through the deep gorge at Grand Canyon National Park by Carol Highsmith.

The Hopi – Peaceful Ones of the Southwest