Springing to her feet in the greatest possible alarm, she found herself surrounded by a large band of hostile Indians, who commenced dancing around, flouting their war-clubs in terrible proximity to her head, while giving utterance to the, most diabolical shouts of exultation.

Her exceedingly weak and debilitated condition at this time, resulting from long abstinence from food, and unprecedented mental and physical trials, had wrought upon her nervous system to such an extent that she imagined the moment of her death had arrived and fainted.

The Indians then approached, and, after she revived, placed her again upon a horse, and rode away with her to their camp, which, fortunately, was not far distant. They then turned their prisoner over to the Indian women, who gave her food and put her to bed; but it was several days before she was sufficiently recovered to be able to walk about the camp.

She learned that her last captors belonged to “Lone Wolf’s” band of Kiowas. Although these Indians treated her with more kindness than the Comanches had done, yet she did not for an instant entertain the thought that they would ever voluntarily release her from bondage; neither had she the remotest conception of her present locality, or of the direction or distance to any white settlement; but she had no idea of remaining a slave for life, and resolved to make her escape the first practicable moment that offered.

During the time she remained with these Indians a party of men went away to the north and were absent six days, bringing with them, on their return, some ears of green corn. She knew the prairie tribes never planted a seed of any description and was therefore confident the party had visited a white settlement, and that it was not over three days’ journey distant. This was encouraging intelligence for her, and she anxiously bided her time to depart.

Late one night, after all, had become hushed and quiet throughout the camp, and everything seemed auspicious for the consummation of her purposes, she stole carefully away from her bed, crept softly out to the herd of horses, and after having caught and saddled one, was in the act of mounting, when a number of dogs rushed out after her, and by their barking, created such a disturbance among the Indians that she was forced, for the time, to forego her designs and crawl hastily back to her lodge.

On a subsequent occasion, however, fortune favored her. She secured an excellent horse and rode away in the direction from which she had seen the Indians returning to camp with the green corn. Under the certain guidance of the sun and stars, she was enabled to pursue a direct bearing, and after three consecutive days of rapid riding, anxiety, fatigue, and hunger, she arrived upon the border of a large river, flowing directly across her track. The stream was swollen to the top of its banks; the water coursed like a torrent through its channel, and she feared her horse might not be able to stem the powerful current; but after surmounting the numerous perils and hardships she had already encountered, the dauntless woman was not to be turned aside from her inflexible purpose by this formidable obstacle, and she instantly dashed into the foaming torrent, and, by dint of encouragement and punishment, forced her horse through the stream and landed safely upon the opposite bank.

After giving her horse a few moments’ rest, she again set forward and had ridden but a short distance when, to her inexpressible astonishment and delight, she struck a broad and well-beaten wagon-road, the first and only evidence or trace of civilization she had seen since leaving her home in Texas.

Up to this joyful moment the indomitable inflexibility of purpose of our heroine had not faltered for an instant, neither had she suffered the slightest despondency, in view of the terrible array of disheartening circumstances that had continually confronted her, but when she realized the hopeful prospect before her of a speedy escape from the reach of her barbarous captors, and a reasonable certainty of an early reunion with people of her own sympathizing race, the feminine elements of her nature preponderated, her stoical fortitude yielded to the delightful anticipation, and her joy was intensified and confirmed by seeing, at this moment, a long train of wagons approaching over the distant prairie.

The spectacle overwhelmed her with ecstasy, and she wept tears of joy while offering up sincere and heartfelt thanks to the Almighty for delivering her from a bondage more dreadful than death. 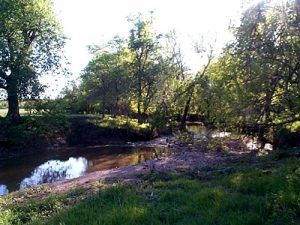 She then proceeded on until she met the wagons in charge of Mr. Robert Bent, whom she entreated to give her food instantly, as she was in a state bordering upon absolute starvation. He kindly complied with her request, and after the cravings of her appetite had been appeased he desired to gratify his curiosity, which had been not a little excited at the unusual exhibition of a beautiful white woman appearing alone in that wild country, riding upon an Indian saddle, with no covering on her head save her long natural hair, which was hanging loosely and disorderly about her shoulders.

Accordingly, he inquired of her where she lived, to which she replied, “In Texas .” Mr. Bent gave an incredulous shake of his head at this response, remarking at the same time that he thought she must be mistaken, as Texas happened to be situated some five or six hundred miles distant. She reiterated the assurance of her statement, and described to him briefly the leading incidents attending her capture and escape; but still, he was inclined to doubt, believing that she might possibly be insane.

He informed her that the river she had just crossed was the Arkansas, and that she was then on the old Santa Fe road, about fifteen miles west of Big Turkey Creek, where she would find the most remote frontier house. Then, after thanking him for his kindness, she bade him adieu, and started away in a walk toward the settlements, while he continued his journey in the opposite direction; but he still followed the exit of the remarkable apparition with his eyes until she was several hundred yards distant, when he observed her throw one of her feet over the horse’s back, `a la femme sauvage, and casting a graceful kiss toward him with her hand, she set off on a gallop, and soon disappeared over the crest of the prairies.

On the arrival of Mr. Bent at Fort Zara, he called upon the Indian agent, and reported the circumstance of meeting Mrs. L., and, by a singular coincidence, it so happened that the agent was at that very time holding a council with the chiefs of the identical band of Indians from whom she had last escaped, and they had just given a full history of the entire affair, which seemed so improbable to the agent that he was not disposed to credit it until he received its confirmation through Mr. Bent. He at once dispatched a man to follow the woman and conduct her to Council Grove, where she was kindly received, and remained for some time, hoping through the efforts of the agents to gain intelligence of the two children she had left with the Comanches, as she desired to take them back to their father in Texas; but no tidings were gained for a long while. The two captive children were afterward ransomed and sent home to their father.

It will readily be seen, by a reference to the map of the country over which Mrs. L. passed, that the distance from the place of her capture to the point where she struck the Arkansas river could not have been short of about five hundred miles, and the greater part of this immense expanse of desert plain she traversed alone, without seeing a single civilized human habitation.

It may well be questioned whether any woman either in ancient or modern times ever performed such a remarkable equestrian feat, and the story itself would be almost incredible were we not in possession of so many well-authenticated instances of the hardihood and powers of endurance shown by woman on the frontiers of our country.

About the Author:  William Worthington Fowler originally published in 1877, a book entitled Woman On The American Frontier: A Valuable And Authentic History. The article above is excepted from this excellent work, which is now in the public domain. It is not verbatim and has been edited in length and some verbiage for the modern reader.