While the Civil War captured the attention of the country, thousands of once enslaved African-Americans deserted southern plantations and cities and took refuge behind Union lines. With the assistance of more than 180,000 African-American soldiers and spies, the Union secured victory over the Confederacy in 1865. In the aftermath of the war, the 13th Amendment to the United States Constitution liberated more than 4 million African-Americans.

Following the abolition of slavery, many of the South’s newly freed African-Americans sought work in textile and tobacco factories, iron mills, and other industrial enterprises, where they were often prohibited from working as artisans, mechanics, and in other capacities where they competed with white labor. Others undertook sharecropping, striving to own the land they farmed. Sharecropping gradually stabilized labor relations in the cash-poor South after the Civil War; however, sharecropping also preserved a semblance of the plantation system and its associated patterns of antebellum agriculture. Under sharecropping, the land was divided into many small holdings, giving the illusion of small independent farms. But, many small holdings together actually comprised single plantations, which, through foreclosures, gradually fell into the hands of creditors, who were white. Over the succeeding half-century, the old planter caste was simply replaced by a new class of large landowners.

What limited political and social gains African-Americans experienced during Reconstruction (1865-1877) were quickly overturned during the succeeding decades. Every Supreme Court decision affecting African-Americans before the turn-of-the-century furthered white supremacy. The Civil Rights Cases of 1883, for example, nullified the Civil Rights Act of 1875 and the court’s later separate but equal verdict, rendered in Piessy v. Ferguson in 1896, legitimized the “Jim Crow” era of segregation in the South. The Plessv decision upheld the constitutionality of a Louisiana statute requiring African-Americans and whites to ride in separate railroad cars; but, was soon zealously applied to public facilities of all kinds and entire city blocks of housing, though the equality of separate African-American facilities was, more often than not, questionable. 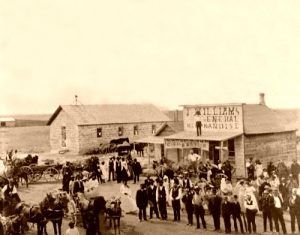 One response to such political, economic, and social oppression was emigration. Though some African-Americans were drawn to the African re-colonization movement, far more opted for the western and northern regions of the United States. In 1879 over 20,000 African-Americans migrated from southern states to Kansas and other plains states. These “Exodusters” farmed homestead lands and founded a number of small communities. Decades later, thousands of the regions’ African-American males served in the nation’s armed forces during World War I, prompting a second great migration after the war, as African-Americans moved northward seeking opportunity in the large commercial and industrial centers of Chicago, Detroit, New York City, Philadelphia, and St. Louis. A similar migration occurred after World War II.

In the 1930s, the National Association for the Advancement of Colored People (NAACP) began focusing the nation’s attention upon the status of African-Americans under the law, addressing the inherent inequality of separate facilities and attacking the very idea of segregation itself. In addition, during 1934, a group of white and African-American sharecroppers organized the Southern Tenant Farmers Union (STFU) in Marked Tree, Arkansas.

The landowners responded with terrorism and union members were flogged, jailed, shot, and some were killed. The wife of a sharecropper from Marked Tree wrote:

“We Garded our House and been on the scout until we are Ware out, and Havenent any law to looks to, thay and the Land Lords hast all turned to nite Riding…thay shat up some House and have Threten our Union and Wont let us Meet at the Hall at all.” 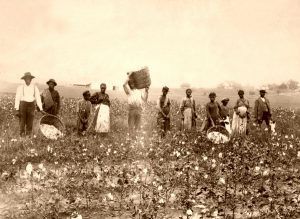 The STFU persevered, however, moving their union headquarters to Memphis, Tennessee. With a peak membership of 30,000, the STFU was the nation’s first and largest interracial trade union. In addition to staging a successful cotton strike in 1936, the STFU maintained refuges for tenant farmers who were evicted for striking. The union also organized a farming cooperative, the Providence Farm, in Homes County, Mississippi, and later opened a second cooperative, the Hillhouse Farm, in nearby Cahoma County, where the first use of a mechanical cotton picker occurred. Later, some of the STFU’s organizing skills benefited the civil rights movement. 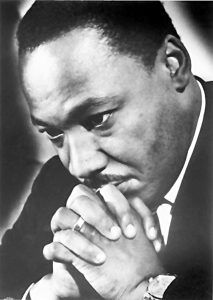 The life’s work of Dr. Martin Luther King, Jr. in Birmingham, Alabama; Atlanta, Georgia, and other racial hotspots during the 1950’s and 1960’s provided inspiration for African-Americans throughout the nation, as civil rights dominated the nation’s domestic agenda during the early 1960’s. President John F. Kennedy sent troops to the University of Mississippi in the fall of 1962 to protect an African-American student, James Meredith, who had been enrolled by order of a Federal court. The August 28, 1963, march on Washington D.C., brought approximately 250,000 demonstrators to the nation’s capital, again focusing the nation’s attention on the issue of racial inequality in America.

The increasing tempo of far-reaching change continued during the presidential administration of Lyndon B. Johnson. In June, 1964 the Supreme Court, in a decision many believed to be of equal importance with the school desegregation ruling 10 years earlier, declared that both houses of state legislatures must be apportioned on a population basis to ensure that citizens are accorded the constitutional guarantee of equal protection under the law, ending the rural domination of many state Senates.

Less than a month later, on July 2, 1964, President Johnson signed the most comprehensive civil rights act in the nation’s history. The new act enlarged federal power to protect voting rights, to provide open access for all to public facilities, to sue to end lagging school desegregation and to ensure equal job opportunities in businesses and unions with more than 25 persons. In promoting the Civil Rights Act in his first state of the Union message earlier in the year, President Johnson said, “Unfortunately, many Americans live on the outskirts of hope, some because of their poverty and some because of their color, and all too many because of both.” To lift the hopes of such people, President Johnson proposed declaring a “…war on poverty in America.” Congress endorsed the war in August 1964 by appropriating nearly $1 billion for 10 antipoverty programs, such as a Job Corps to train underprivileged youths, a work training program to employ them, an adult education program, and a domestic peace corps, all to be administered by the newly created Office of Economic Opportunity.