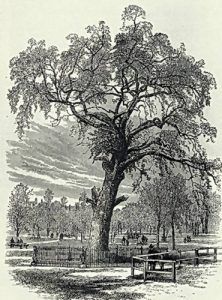 In a chariot of light from the regions of day,
The Goddess of Liberty came;
Ten thousands celestials directed the way
And hither conducted the dame.
A fair budding branch from the gardens above,
Where millions with millions agree,
She brought in her hand as a pledge of her love,
And the plant she named Liberty Tree.

— Thomas Paine, author, inventor, intellectual, revolutionary, and one of the Founding Fathers of the United States.

Is life so dear or peace so sweet as to be purchased at the price of chains and slavery? Forbid it, Almighty God! I know not what course others may take, but as for me, give me liberty or give me death! – Patrick Henry

Those who would give up essential Liberty, to purchase a little temporary Safety, deserve neither Liberty nor Safety. — Ben Franklin

Liberty can not be preserved without a general knowledge among the people. — John Adams, 2nd U.S. President

“Shall we expect some transatlantic military giant to step the ocean and crush us at a blow? Never! All the armies of Europe, Asia, and Africa combined, with all the treasure of the earth (our own excepted) in their military chest, with a Bonaparte for a commander, could not by force take a drink from the Ohio or make a track on the Blue Ridge in a trial of a thousand years. At what point then is the approach of danger to be expected? I answer. If it ever reach us it must spring up amongst us; it cannot come from abroad. If destruction be our lot we must ourselves be its author and finisher. As a nation of freemen we must live through all time or die by suicide.”. —Abraham Lincoln, 16th U.S. President

They that can give up essential liberty to purchase a little temporary safety, deserve neither liberty nor safety. — Benjamin Franklin, American Statesman, Scientist, Philosopher, Writer and Inventor in the 18th Century.

Firearms are second only to the Constitution in importance; they are the people’s liberty’s teeth. — George Washington, American Commander in chief of the colonial armies in the American Revolution and 1st US President 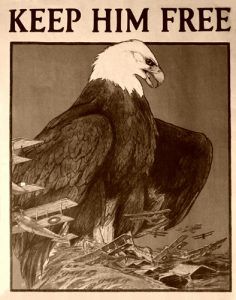 Freedom is never voluntarily given by the oppressor; it must be demanded by the oppressed.– Martin Luther King, Jr., American Baptist Minister and Civil-Rights Leader

Children should be educated and instructed in the principles of freedom. — John Adams, 2nd U.S. President

Over grown military establishments are under any form of government inauspicious to liberty, and are to be regarded as particularly hostile to republican liberty. — George Washington, American Commander in chief of the colonial armies in the American Revolution and 1st US President

I would rather be exposed to the inconveniences attending too much liberty than to those attending too small a degree of it. — Thomas Jefferson, 3rd US President and Author of the Declaration of Independence

There is danger from all men. The only maxim of a free government ought to be to trust no man living with power to endanger the public liberty. — John Adams, 2nd U.S. President

Those who deny freedom to others deserve it not for themselves. — Abraham Lincoln, 16th U.S. President

Freedom means you are unobstructed in living your life as you choose. Anything less is a form of slavery. — Wayne Dyer, American self-help advocate, author, and lecturer

Freedom is never more than one generation away from extinction. We didn’t pass it to our children in the bloodstream. It must be fought for, protected, and handed on for them to do the same. — Ronald Reagan, 40th U.S. President

Freedom makes a huge requirement of every human being. With freedom comes responsibility. For the person who is unwilling to grow up, the person who does not want to carry is own weight, this is a frightening prospect. — Eleanor Roosevelt, Diplomat, humanitarian and wife of Franklin D. Roosevelt

Most people do not really want freedom, because freedom involves responsibility, and most people are frightened of responsibility. — Sigmund Freud, Austrian neurologist and Founder of psychoanalysis

Freedom prospers when religion is vibrant and the rule of law under God is acknowledged. — Ronald Reagan, 40th U.S. President

It is not the fact of liberty but the way in which liberty is exercised that ultimately determines whether liberty itself survives. — Dorothy Thompson, influential American journalist

Democracy does not guarantee equality of conditions – it only guarantees equality of opportunity. – Irving Kristol, American columnist, journalist, and writer

We preach the virtues of democracy abroad. We must practice its duties here at home. Voting is the first duty of democracy. – Lyndon B. Johnson, 36th U.S. President

The democracy will cease to exist when you take away from those who are willing to work and give to those who would not. — Thomas Jefferson, 3rd US President and Author of the Declaration of Independence

Let every nation know, whether it wishes us well or ill, that we shall pay any price, bear any burden, meet any hardship, support any friend, oppose any foe, to assure the survival and success of liberty. — John F. Kennedy, 35th U.S. President

This, then, is the state of the union: free and restless, growing and full of hope. So it was in the beginning. So it shall always be, while God is willing, and we are strong enough to keep the faith. —  Lyndon B. Johnson, 36th U.S. President

I weep for the liberty of my country when I see at this early day of its successful experiment that corruption has been imputed to many members of the House of Representatives, and the rights of the people have been bartered for promises of office. — Andrew Jackson

A Constitution of Government once changed from Freedom, can never be restored. Liberty, once lost, is lost forever. — John Adams, 2nd U.S. President