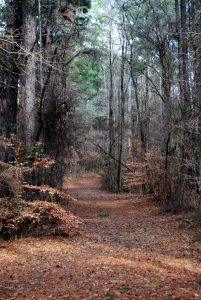 Those who believe Meriwether Lewis took his own life have differing theories regarding his reasons, including depression, personal problems, and some type of debilitating illness. Major James Neelly, the the U.S. agent to the Chickasaw Nation; Captain Gilbert Russell, commander of Fort Pickering in present-day Memphis, Tennessee; and Alexander Wilson, a friend of Lewis’, all reported his death as a suicide in letters and statements written later. Neelly and Russell based their conclusions on personal observations of Lewis’ strange behavior shortly before his death, while Wilson accepted Mrs. Grinder’s story two years after the event. In addition, three men who were probably closest to Lewis — , William Clark , and Mahlon Dickerson immediately assumed that Lewis had taken his own life when they heard the news. In a letter to his brother Jonathan, William Clark wrote, “I fear O! I fear the weight of his mind has overcome him.” Thomas Jefferson would later write:

“While he lived with me in Washington, I observed at times sensible depressions of mind… During his western expedition the constant exertion which that required of all the faculties of body & mind, suspended these distressing affections; but after his establishment in St. Louis in sedentary occupations they returned upon him with redoubled vigor, and began seriously to alarm his friends. He was in a paroxym of one of these when his affairs rendered it necessary for him to go to Washington.”

Later, some historians theorized that Lewis may have suffered from either paresis, defined medically as, “a disorder characterized primarily by impaired mental function, caused by damage to the brain from untreated syphilis.” Others believe he may have been suffering from malaria. Both diseases would affect both his mind and body.

Adding more evidence that Lewis had died by his own hand was the fact that prior to leaving St. Louis, he had given several associates the power to distribute his possessions in the event of his death and he had recently composed a will. Reports also surfaced that he had attempted to take his own life several times a few weeks earlier.

Despite what appears to be a clear-cut case of suicide, given Lewis’ state of mind, rumors of murder were circulating as soon as Lewis’ death was made known. Why would such a prominent young man take his own life? And, why would he do it in such a way that he would linger in great pain? Several motives were put forth — a jealous husband, robbery, and political assassination.

Because Mr. Robert Grinder was not at home when Lewis was provided lodging, some suspected that when he arrived, he shot Lewis. By some accounts, Robert Grinder was later investigated due to his coming into a large sum of money. He was also said to have been brought before a grand jury, but the charges were dismissed as no evidence or motive existed for the crime. However, there are no court records.

The robbery motive goes farther with numerous suspects including random bandits known to have lurked upon the wilderness road, to Lewis’ servant, John Pernier, and Major James Neelly. As to Major Neelly, Mrs. Grinder would report that Neelly had no reaction to Lewis’ death. He was conveniently absent all night. Others would say that when he retold the story it sounded rehearsed. There were documents that appeared to be missing when they were delivered to Washington. And Neelly was known to have been heavily in debt. John Pernia, a Creole, vanished immediately after death, supposedly returning to New Orleans. Later, a watch that belonged to Lewis turned up in New Orleans. A third theory of assassination suggests that Lewis had discovered secrets about General James Wilkinson, his predecessor as Governor of Upper Louisiana, and if revealed, would not only destroy the reputation of General Wilkerson, but, would also tarnish that of Thomas Jefferson. For years, Lewis lay in an unmarked grave off the Natchez Trace. However, in 1848, a special commission was established by the State of Tennessee to consider building a monument to Lewis. That commission examined his body and the physician on the committee wrote in his report that Lewis was most likely a “victim of assassins.”

Today, his isolated burial spot near Hohenwald, Tennessee is marked by a monument. Even the historic marker at the site acknowledges the controversy surrounding his death stating that it marks the spot where Lewis’ “life of romantic endeavor and lasting achievement came tragically and mysteriously to its close.”

If his death is not mystery enough, more tales speak of his burial site being haunted. A number of visitors have reported to have seen ghostly figures, heard voices, and tell of a restless energy that pervades the spot. Yet others have described specifically hearing the words “so hard to die.” Perhaps what appears to be a suicide is not enough and Lewis continues to reach out for the mystery to be solved. 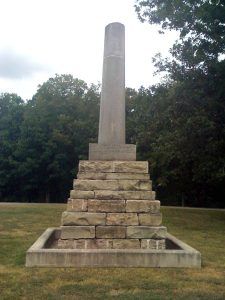 1 thought on “The Mysterious Death of Meriwether Lewis”