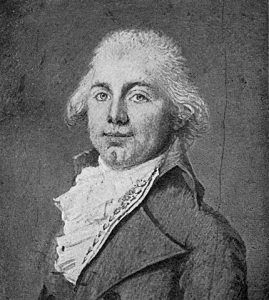 James Monroe, the fifth President of the United States and the last president who was a Founding Father, was born at Monroe’s Creek, Westmoreland County, Virginia, on April 28, 1758.

He was first tutored at home by his mother Elizabeth, and between the ages of 11 and 16, he studied at Campbell town Academy. Upon his father’s death in 1774, Monroe inherited a small plantation and slaves, officially joining the ruling class of the planter elite in Virginia. Just 16 years old, he formed a close relationship with his maternal uncle, the influential Judge Joseph Jones. The latter had been educated at the Inns of Court in London and was the executor of his father’s estate. That same year, Monroe enrolled in the College of William and Mary.

In early 1776, about a year and a half after his enrollment, Monroe dropped out of college and joined the 3rd Virginia Regiment under General George Washington in the Revolutionary War. He was not 19 years old when, as a lieutenant at the Battle of Trenton, he led a squad of men who captured a Hessian battery as it was about to open fire. During the battle, both Monroe and George Washington were wounded. After recuperating from his wound, Monroe joined the Virginia Militia in 1777, was appointed as a lieutenant colonel, and served until 1780. He never returned to school.

Afterward, he studied law with George Wythe, the first American law professor, and then moved to Richmond, Virginia, to study law with Thomas Jefferson. In 1780 the British invaded Richmond, and as Governor, Jefferson commissioned Monroe as a colonel to command the militia and act as a liaison to the Continental Army in North Carolina. Afterward, Monroe resumed studying law under Jefferson. In 1782 he was elected to the Virginia House of Burgesses, and the following year, when he was 25 years old, he was a delegate to the Continental Congress.

James Monroe married Elizabeth Kortright (1768–1830) on February 16, 1786, in New York City. He had met her while serving with the Continental Congress, which then met in New York, the temporary capital of the new nation. The couple would have three children.

He was the ambassador to France in 1794, but his course displeased the administration, and he was recalled. From 1799 to 1802, he was governor of Virginia and, in the latter year, was sent to France by President Thomas Jefferson to negotiate the purchase of Louisiana. In 1811 he was again governor of Virginia but served only four months as he was appointed the secretary of State by President James Madison. He also served as Secretary of War at the same time and, as the treasury was empty, pledged his private means for the defense of New Orleans during the War of 1812.

Facing little opposition from the fractured Federalist Party, Monroe was easily elected president in 1816, winning over 80 percent of the electoral vote. He would serve from 1817 to 1825. Monroe was of plain, simple manners, excellent judgment, and the highest integrity. While his career did not stamp him as a man of genius, it proved him to be that which in his situation is better—an absolutely “safe” man to trust with the highest office in the gift of the American people. Under Monroe, the United States made more significant advancements than any previous decade.

Everything united to make his administration successful. The Federal party had disappeared; its members stopped voting or joined the Republicans. Since, therefore, everybody seemed to be agreed with his political views, the period is often referred to as “the era of good feeling,” a condition altogether too ideal to continue long. He is most noted for his proclamation in 1823 of the Monroe Doctrine, which stated that the United States would not tolerate further European intervention in the Americas.

Morris, Charles; A New history of the United States: The greater Republic; 1899
Wikipedia