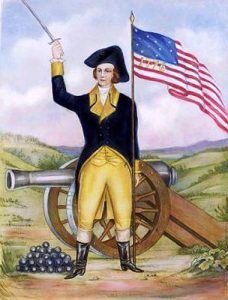 About four months after the first wound, she was again doomed to bleed in her country’s cause, receiving another severe wound in her shoulder, the bullet burying itself deeply, and necessitating a surgical examination.

She described her first emotion when the ball struck her, as a sickening terror lest her sex should be discovered. The pain of the wound was scarcely felt in her excitement and alarm, even death on the battle-field she felt would be preferable to the shame that would overwhelm her in case the mystery of her life were unveiled. Her secret, however, remained undiscovered, and, recovering from her wound, she was soon able again to take her place in the ranks.

Sometime after, she was seized with a brain fever, which was then prevalent in the army. During the first stages of her malady, her greatest suffering was the dread that consciousness would desert her and her carefully guarded secret be disclosed to those about her. She was carried to the hospital, where her case was considered a hopeless one. One day the doctor approached the bed where she lay, a corpse, as everyone supposed. Taking her hand, he found the pulse feebly beating, and, attempting to place his hand on the heart, he discovered a female patient, where he had little expected one. The surgeon said not a word of his discovery, but with prudence, delicacy, and generosity ever afterward appreciated by the sufferer, he provided every comfort her perilous condition required and paid her that medical attention which soon secured her return to consciousness. As soon as her condition would permit, he had her removed to his own house, where she could receive better care. 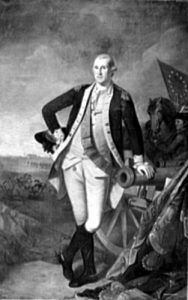 After her health was nearly restored, Doctor Binney, her generous benefactor, had a long conference with the commanding officer of the company in which Robert had served, and this was followed by an order to the youth to carry a letter to General Washington.

Ever since her removal into the doctor’s family, she had entertained the suspicion that he had discovered the secret of her life. Often while conversing with him, she watched his face with anxiety, but never discovered a word or look to indicate that the physician knew or suspected that she was other than what she represented herself to be. But when she received the order to carry the letter to the commander-in-chief, her long-cherished misgivings became, at last, a certainty.

The order must be obeyed. With a trembling heart, she pursued her course to the headquarters of Washington. When she was ushered into the presence of the Chief, she was overpowered with dread and uncertainty and showed upon her face the alarm and confusion which she felt. Washington, noticing her agitation, and supposing it to arise from diffidence, kindly endeavored to re-assure her. She was soon bidden to retire with an attendant, while he read the communication of which she had been the bearer.

In a few moments, she was again summoned to the presence of Washington, who handed her in silence a discharge from the service, with a note containing a few brief words of advice, and a sum of money sufficient to bear her expenses to someplace where she might find a home. To her latest hour, she never forgot the delicacy and forbearance shown her by that great and good man.

After the war was over, she became the wife of Benjamin Gannet. During the presidency of General Washington, she was invited to visit the seat of government, and, during her stay at the capital, Congress granted her a pension and certain lands in consideration of her services to the country as a soldier.

In the War of 1812, women shared more or less in the hard and perilous duties of a soldier, especially upon the Canadian border, and on the western frontier, where Indian hostilities now broke out afresh. She stood guard in the homes exposed to attack all along the thin line, which the savage or the British soldier threatened to break through, and on more than one battle-field proved her lineal descent from the brave mothers of the Revolution.

To the female imagination, the Mexican-American War must have been clothed with peculiar hardships and dangers. The length of the marches, the vast distance from home, the torrid heats, fell diseases that prevailed in that clime, and the nature of the half-civilized enemy, all conspired to warn the gentler sex against taking part in that conflict. And yet all these appalling difficulties and perils could not damp the martial ardor of Mrs. Coolidge. She was born in Missouri, where, at St. Louis, she married her husband, who was a Mexican trader. Accompanying him on one of his yearly journeys to Santa Fe, she had the misfortune to see him meet his death, at the hands of a Mexican bravo, in the outskirts of that city.

Her life had been a stirring one from her early girlhood, and, when war broke out with Mexico, she attired herself in manly garments, and by her stature and a rather masculine appearance readily passed muster with the recruiting officer. Under the name of James Brown, she was duly entered on the rolls of a Missouri company, which soon after took a steamboat for Fort Leavenworth, Kansas, the rendezvous point. From this point, on the 16th of June, 1846, a force of 1,658 men, including our heroine, took up their line of march to Santa Fe, New Mexico.

Most of this little army was mounted men, and of this number was Mrs. Coolidge, who was an admirable horsewoman. Their course lay over the almost boundless plains that stretch westward to the foothills of the Rocky Mountains, a distance of nearly 1,000 miles.

In 50 days they reached Santa Fe, of which they took possession without opposition. The soldierly bearing and quick intelligence of Mrs. Coolidge soon attracted the attention of General Stephen Kearny, the commanding officer, and she was selected by him to be one of the bearers of dispatches to the war department.

A picked mustang, of extraordinary mettle and endurance, was placed at her disposal; a strong and fleet horse of the messenger stock, crossed with the mustang, was selected for her guide, a sturdy Scotchman, formerly in the Santa Fe trade; and one bright day, early in September, they set out on their long and perilous journey for Leavenworth. The first 16 miles, over a broken and hilly country, was void of incident. They had passed through Arroyo Hondo and reached the El Boca del Cañon, one of the gateways to Santa Fe; as they were threading this narrow pass, they saw, on turning a short angle of the precipice that towered three hundred feet above them, four mounted Mexicans, armed to the teeth and prepared to dispute their passage. One of them dismounted, and, advancing towards our couriers, waved a white handkerchief, and demanded in Spanish and in broken English their surrender. The guide replied in very concise English, telling him to go to a place unmentionable to polite ears.

The envoy immediately rejoined his companions and mounted his horse; the party then turned and trotted forward a few paces as if they were about to give Mrs. Coolidge and the guide a free passage, when they suddenly wheeled their horses, and, discharging their pieces, seized their lances and dashed down full tilt upon our heroine and her guide. A shot from the guide’s rifle hurled one of the Mexicans out of his saddle, like a stone from a sling. Mrs. Coolidge was less fortunate in her aim; missing the rider, her bullet struck a horse full in the forehead, but such was the speed with which it was approaching, that it was carried within twenty paces of the spot where she stood before it fell; the rider, uninjured, quickly extricated himself, and, seizing from his holster a horse-pistol, shot Mrs. Coolidge’s horse, which nevertheless still kept his legs, and, as her assailant rushed towards her with his machete, she leveled a pistol and sent a ball through one of his legs, breaking it and bringing him to the ground. Dismounting from her horse, which was reeling and staggering with loss of blood, she held her other pistol to the head of the prostrate guerrilla, who surrendered at discretion.