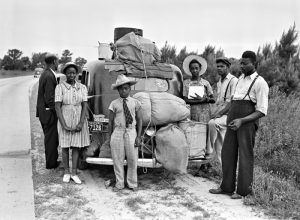 1916 – The Great Migration begins and lasts until 1940. Approximately one and a half million African Americans move from the Southern United States to the North and Midwest. More than five million migrate in the Second Great Migration from 1940 to 1970, which includes more destinations in California and the West.

1920s – The Harlem Renaissance, known as the “New Negro Movement”, begins. This was an intellectual, social, and artistic explosion centered in Harlem, New York.

1945 – The Civil Rights Movement begins, which will last through the next three decades. 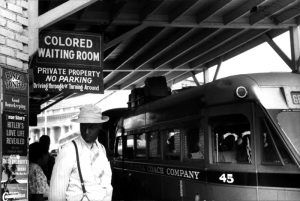 1946 –  In Morgan v. Virginia, the U.S. Supreme Court invalidates provisions of the Virginia Code which require the separation of white and colored passengers were applied to interstate bus transport.

1950 – In McLaurin v. Oklahoma State Regents, the U.S. Supreme Court rules that a public institution of higher learning could not provide different treatment to a student solely because of his race. 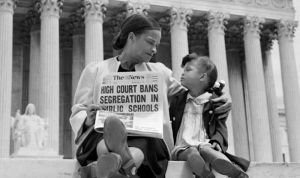 The United States Army’s high command announces it will desegregate the Army.

1954 – Brown v. Board of Education case: strikes down segregation as unconstitutional. 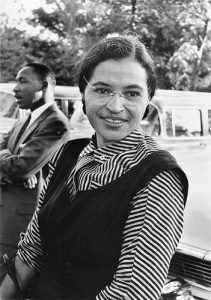 1955 – In Montgomery, Alabama, Rosa Parks is arrested for breaking a city ordinance by refusing to give up her seat on a public bus to a white man. This defiant act gives initial momentum to the Civil Rights Movement.

1957 – Martin Luther King, Jr. and others set up the Southern Christian Leadership Conference, a leading engine of the Civil Rights Movement.

Georgia Senate votes to declare the 14th and 15th Amendments to the United States Constitution null and void in that state.

The New York Times reports that in three years since the decision, there has been minimal progress toward integration in four southern states, and no progress at all in seven.

The Civil Rights Act of 1957 is signed by President Eisenhower.

Florida and Texas legislatures vote to close any school if federal troops are sent to enforce integration. 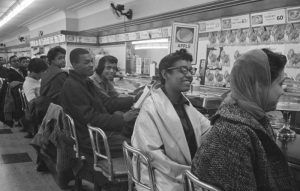 In Boynton v. Virginia, the U.S. Supreme Court holds that racial segregation in bus terminals is illegal because such segregation violates the Interstate Commerce Act. This ruling effectively outlaws segregation on interstate buses and at the terminals servicing such buses. 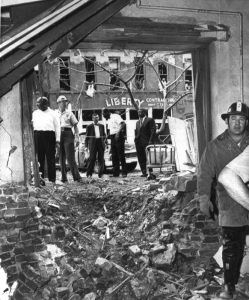 1965 – The Voting Rights Act is passed, outlawing the practices used in the South to disenfranchise African American voters.

Following the accusations of mistreatment and police brutality by the Los Angeles Police Department towards the city’s African-American community, the Watts riots erupt in South Central Los Angeles which lasted over five days. Over 34 were killed, 1,032 injured, 3,438 arrested, and cost over $40 million in property damage in the Watts riots.

Thurgood Marshall is the first African American appointed to the U.S. Supreme Court. 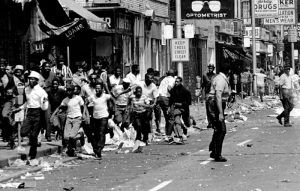 The Detroit riot erupts in Detroit, Michigan, for five days following a raid by the Detroit Police Department on an unlicensed club patronized mostly by African Americans. More than 43 (33 were black and ten white) were killed, 467 injured, 7,231 arrested, and 2,509 stores looted or burned during the riot. It was one of the deadliest and most destructive riots in United States history.

Shirley Chisholm becomes the first black female U.S. Representative. A Democrat from New York, she was elected in November and served from 1969 to 1983. 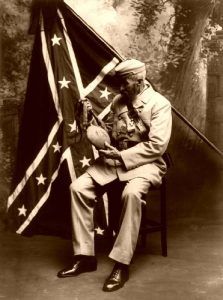